Some pics courtesy of Kassen (thank you Kassen! 🙂 of our livecoding performance the other week in Eindhoven. 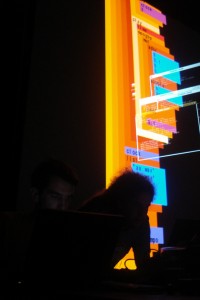 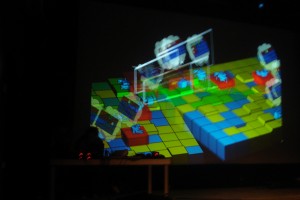 This is the top secret score, agonised over for days: 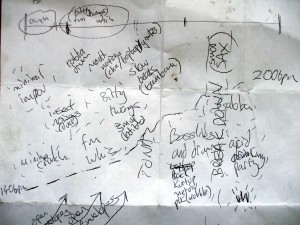 Until a good replacement is written, we struggle with our dodgy syncing system: 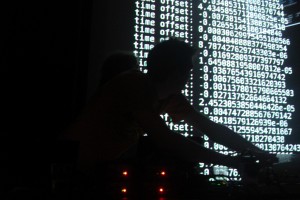 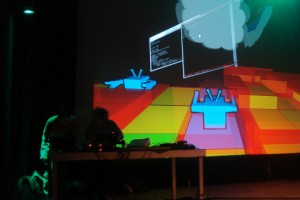 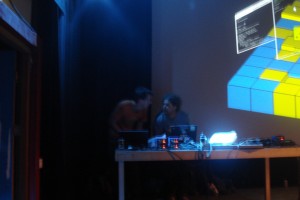 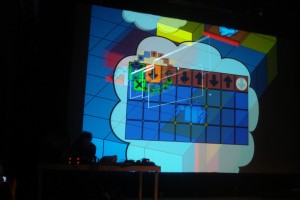 Or, I tried implementing local binary patterns and this happened: 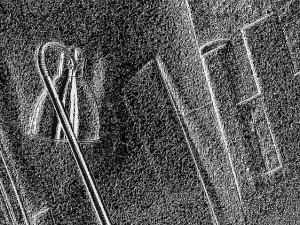 I’ve tried scaling down the plants into a little overgrown scrapyard environment I’m trying out. It’s the first time I’ve assembled all the pieces, so I took some screenshots:

An idea for a world for which the groworld plants can live. Lots of glitches to fix and elements to add yet, but this seems to be going in some sort of direction – a kind of magical post apocalyptic glade, or something. The grass is done using shells. 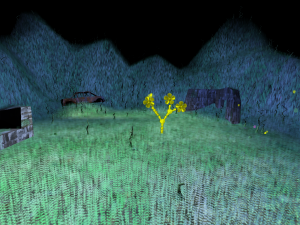 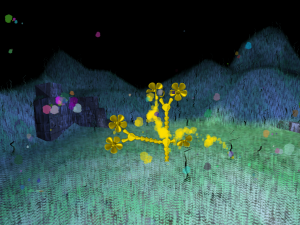 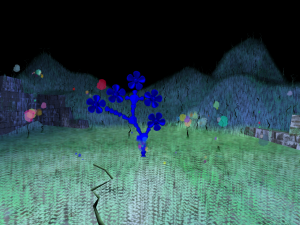 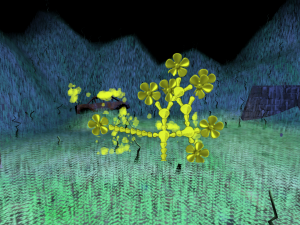 I’ve haven’t said much about Lirec lately, as I’ve mainly been doing not so interesting technical stuff (looking into cmake and yarp), or quietly researching robot art. During the course of the latter however, I’ve been reading about Norman White who is one of these inspiring people who were getting on with doing exciting work years before anyone else, particularly robot and electronic installation art. Alongside philosophising over toaster repair and pioneering fussy logic, he has a good list of art-beliefs: 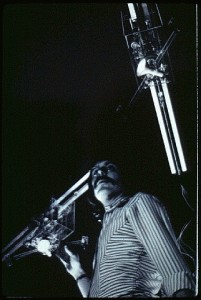