A new way of growing roots… In this version you move through space (using the ‘f’ key) and leave a trail of ‘breadcrumbs’ that the root follows. This means that we can slow the growth right down.

I’ve also been experimenting with some shaders to work up the look of the thing a little more, and some particles to indicate absorbing of nutrients from the soil. Also – this version has the rocks I mentioned a few days ago which block your growth.

I’ve put a mac binary version up here, but it’s not loading the shader on my test machine – however the game works the same. As usual, code is on the foam git repo. 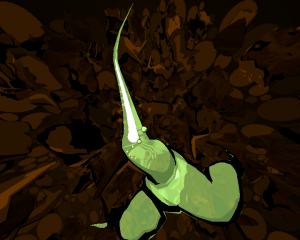 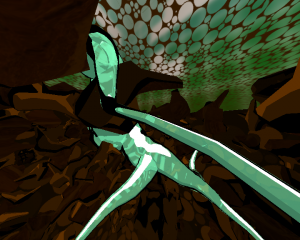