Lina Kusaite and I installed the groworld project as part of Camp Pixelache at Kerava Art Museum. It was the first time the plant eyes game had been exposed to so many public – but as I’ve come to expect, younger visitors needed surprisingly little explanation to figure out how to play (i.e. none), while older people needed a little help. It was also the first showing of the huge pataforest drawing. 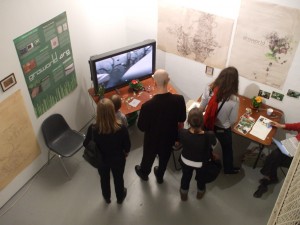 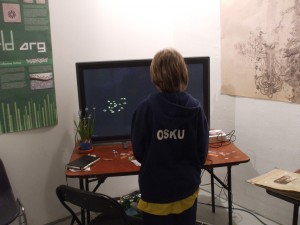 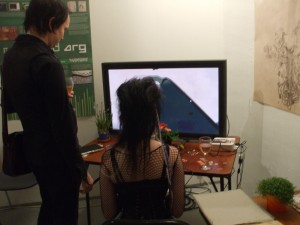 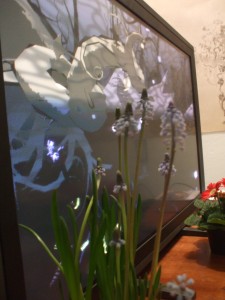 The arduino and plant sensor worked constantly throughout the day (not surprising as it’s sister has been working tirelessly for months) feeding the game with environmental information from the test subject plant – a pink Gerbera.

The camp in general was an interesting experience. The day started (after some last minute setup) with barcamp style discussions – I took part in one on Art and renewable energy before having to switch modes and present Fluxus and talk about livecoding with Gabor as part of the puredyne sprint debriefing. It was good to connect the two threads by using the groworld installation downstairs as an example of fluxus being used. 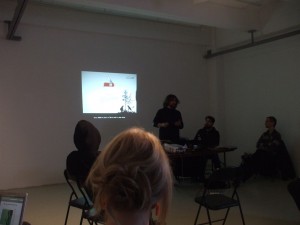