Piksel 2010 (un)stable was the 8th piksel, and the second time I’ve been lucky enough to participate. I was there to present Naked on Pluto and general livecoding duties. 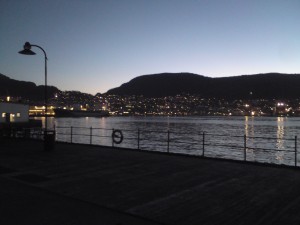 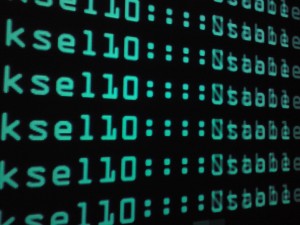 I didn’t have as much time or energy to get involved with the other things going on as I’d have liked, so this is mainly a report on my activities. I did see a super talk by Audun Eriksen about the visual programming language scratch and it’s use for teaching kids to make games – very inspiring stuff. 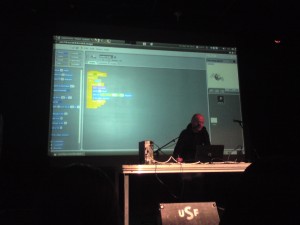 Scratch was where I started with the idea for scheme bricks, so it was great that the next day Alex and I had the functional livecoding workshop, where people could get their hands dirty with some of our live coding performance ideas. 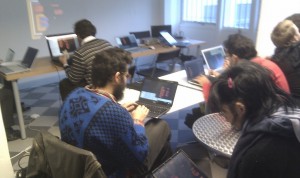 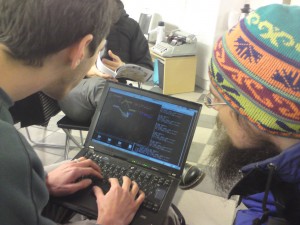 This was followed in the evening by a slub performance, where we got a little carried away by the responsive audience and the rather nice sound system. It’s always good to do performances with stuff you’ve done a workshop on earlier as the participants can put it in context (and tell other people what’s going on!). The image is a link to a video of the performance on giss.tv. 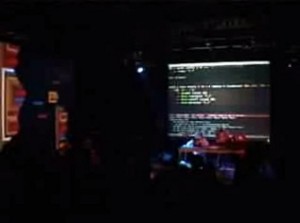 The next day was a switch to Naked on Pluto with Aymeric and a presentation where we discussed clouds, problems with social media, farmville and the intricacies of the facebook graph api. 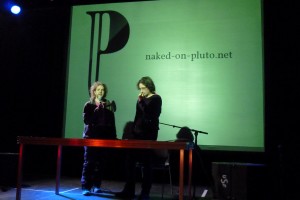 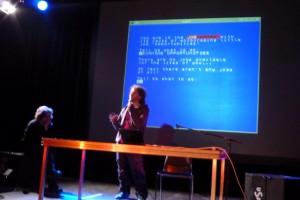 It was great to get questions from people who have tried playing the game before seeing our talk. Hopefully this can be the case as we discuss the project more widely.