Getting things to render on the PS2 is a little more complicated than using OpenGL and it’s also a very different system to a PC. On the right you can see a block diagram of the Emotion Engine – it consists of the EE core, the CPU on the left and the GS – Graphics Synthesiser, on the right. In between are 2 other processors called Vector Units – very fast processors designed to do things to vectors – points, colours etc.

All the Graphics Synthesiser can do is rasterise 2D shapes with points given in screen space and do your texturing & gouraud shading for you. It can draw points, lines, triangles or quads in various configurations (similar to OpenGL). However all the 3D transformations and lighting calculations have to happen elsewhere – in one, or both of the Vector Units or the CPU.

So how do we get the GS to render something? Well you send it chunks of data, called GS Packets, that look a little like this:

Once I had tinyscheme and the basic scenegraph working that the minimal fluxus build uses, I wrote a very simple renderer running on the EE core to apply the transformation matrices to the primitives (with similar push and pop to OpenGL). It doesn’t calculate lighting at the moment, so it’s just setting the vertex colours to the normal’s values for debugging. This is a literal photographic screen shot of my PS2 running exactly the same test fluxus script as the android was running: 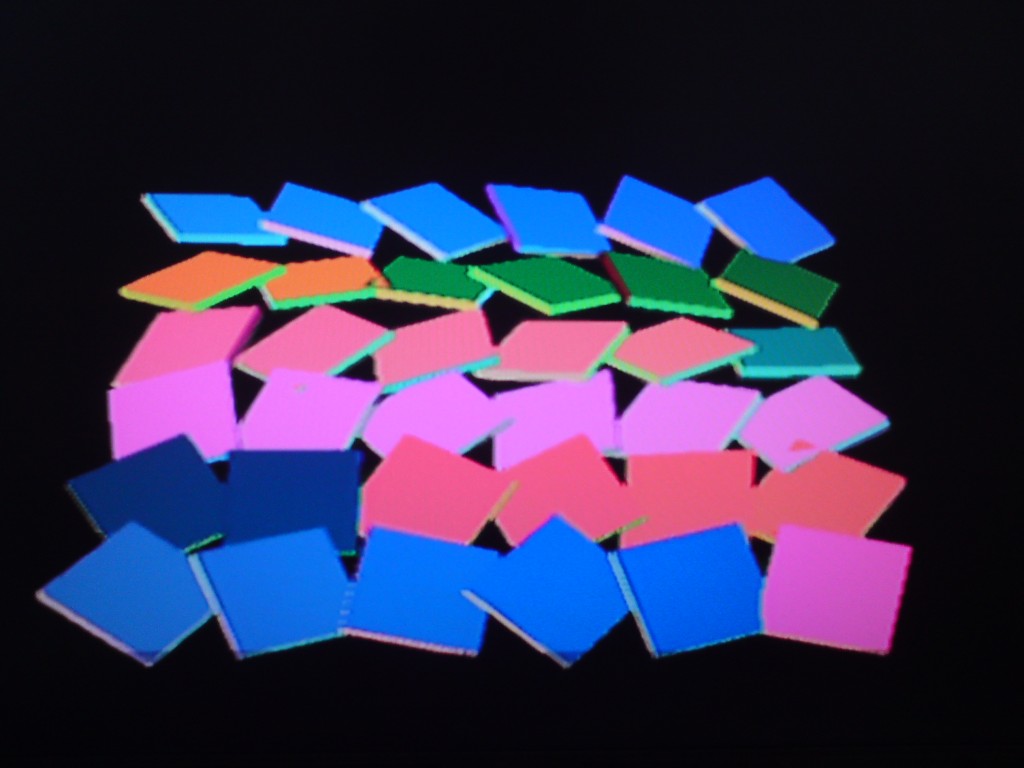