The current focus for Germination X is encouraging collaboration between players, with the subjects of pemaculture and companion planting deeply interwoven into the gameplay. It’s important to avoid the normal problems with “educational games” where the subject matter is bolted onto some existing game. This is rarely a successful strategy.

Firstly players now are grouped into different roles based on the permaculture layers represented in the game:

As players progress they get a chance to take on different roles as they can only pick fruit from plants from the layer they belong to. This means that even experienced players require the help of new players to provide nutrients for their plants.

Another big decision was to separate the “social elements” of the design from the things you need in order to progress through the game. Part of the idea is to remove situations like this: 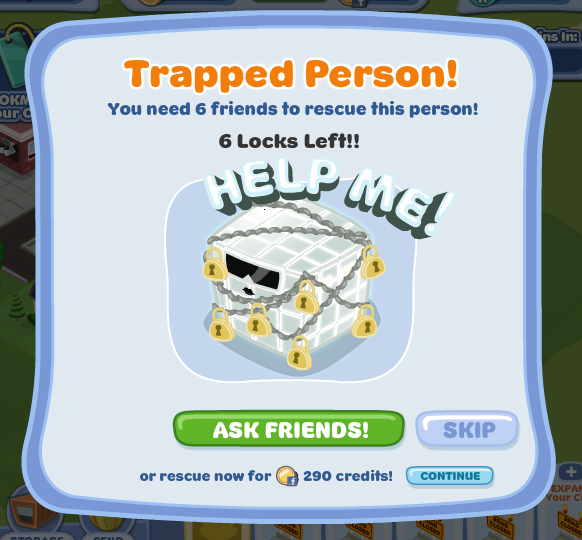 I forget which game the screenshot was originally from (I think a city building facebook game), but it had absolutely no connection with the themes of the game. Relationships seem generally to be treated like resources in most of these games – the main motivation being to increase virality. I’d like to leave things a little more open to interpretation (partly so we can explore further possibilities a little more).

There are quite a few things classified as “social activity” in the game, but none of them are a direct requirement to progress, no meanings are “hardwired” with rewards or punishments – e.g. the meaning of passing different fruits to other players, or the ability to plant detrimental as well as beneficial plants. The idea is to create a situation where collaboration is important but not formulaic – the game provides a basic need for people to help each other, a couple of ways to do it and some ways for them to initially connect with each other – mainly though the plant spirits: