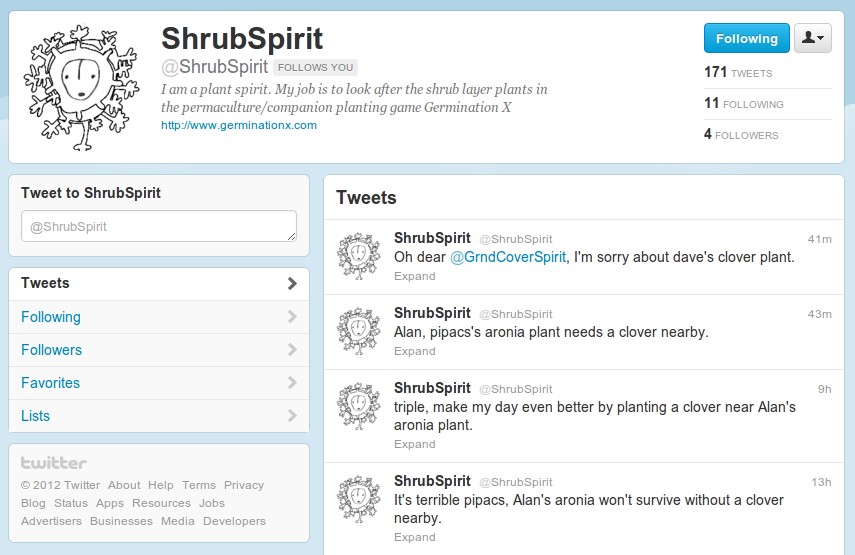 We needed to log the emotional state of the spirits, so I thought twitter could be used for this, similar to the Naked on Pluto cleaner bot. In this case though, all three plant spirits have accounts, so they can have little conversations with each other – the wording is the same as the in game messages, and is chosen based on their current emotional state.

For the first time the plant spirit characters are programmed with different “personalities”, or settings for their FAtiMA roles, so we should see some different behaviours from them.

The last update broke the FAtiMA rules for diagnosis of ill plants and asking players for help, which is now fixed. The spirits now prioritise asking for help from players who have logged in recently, making it much more likely that currently active players see requests. The spirits are now also ‘summoned’ to ill plants throughout the entire world, meaning more activity generally – previously they were attracted to different locations by player activity only, and so would stay in the last area used (and could only “see” plants there) until new players came along.