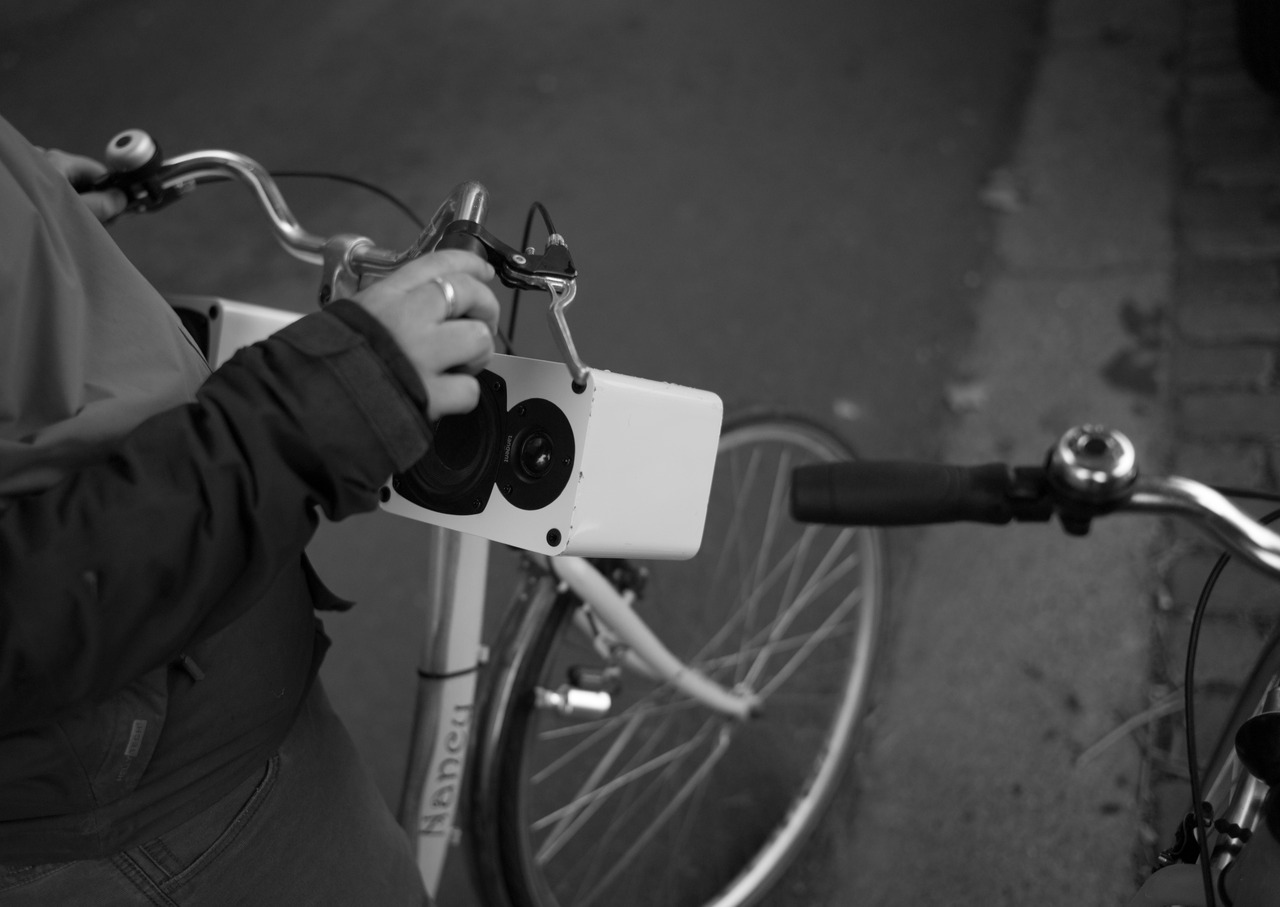 Photo thanks to zzkt

As the coder for “The swamp that was…” bike opera, my view of things was from “inside” the bikes – listening to the GPS data and playing samples. So it was super (and somewhat surreal) to finally become a rider and take one of the bikes (called Nancy) for a spin through the streets of Ghent to experience it like everyone else at the Electrified festival.

I followed the different routes, and tried some out backwards and got lost in the “garden” – the zone of mysterious ghost butterflies and wandering sounds. During the end of the final route shelter had to be sought in Julius de Vigneplein during a gigantic thunderstorm, to the sound of looping saxophones before retreating back to the Vooruit.

It didn’t crash (always my main preoccupation with testing something I’ve been involved with writing software for) and there seemed to be continuous audio from the routes. Once I had ascertained that the software seemed to be working properly I could actually start to pay attention to the sounds which were a very fluid mix, interspersed with sudden bursts of Flemish – recordings of local people.

The sounds are a widely varied mix ranging from digital glitch to ethereal sounds and processed ducks that accompany you as you cycle along the canals. The “garden” is not a route as such but occupies a maze of small streets in the Ledeberg area and populates the streets with many insects, birds and other surprises.

The custom bike/speaker arrangement designed and built by Timelab was satisfyingly loud – pulling up next to other innocent cyclists at junctions with blaring jazz is quite an intriguing social experience. It makes you want to say “I can’t turn it off” or “I am an art installation!” The beagleboards also seem fairly durable, as the bikes have been running for a month now, and the cobbled streets and some areas with bumpy roadworks give them a lot of shocks to cope with.

The “click click” of car indicator relays tell you when you’ve reached junctions where you have to turn, and while our method of calculating direction (by comparing positions every 10 seconds) doesn’t really work well enough, they still had a useful role, saying “pay attention, you need to turn here!”. This installation, and the rest of the festival will be running for another month, until the 4th November.