Plutonian Botzlang is a new language I’m working on for a commission we’ve had from Arnolfini and Kunsthal Aarhus. The idea is to make the Naked on Pluto game bots programmable in a way that allows them to be scripted from inside the game interface, able to inspect all the objects around them and carry out actions on the world like a normal player. We can then strip the game down and make it into an online multiplayer musical livecoding installation.

Bots can be fed code line by line by talking to them, started and stopped and pinged to check their status. I toyed with the idea of making a one-line programming language with lots of semi-cryptic punctuation but opted instead for something a bit simpler and longer, but requiring line numbers.

Here is an example program that looks in the current node, or room for Bells, picks them up if found then saying their descriptions. Each time it loops it might drop the Bell and walk to a new location. This results in bots that walk around a game world playing bells.

Here is a screenshot of the modified version of the game with a bot being programmed: 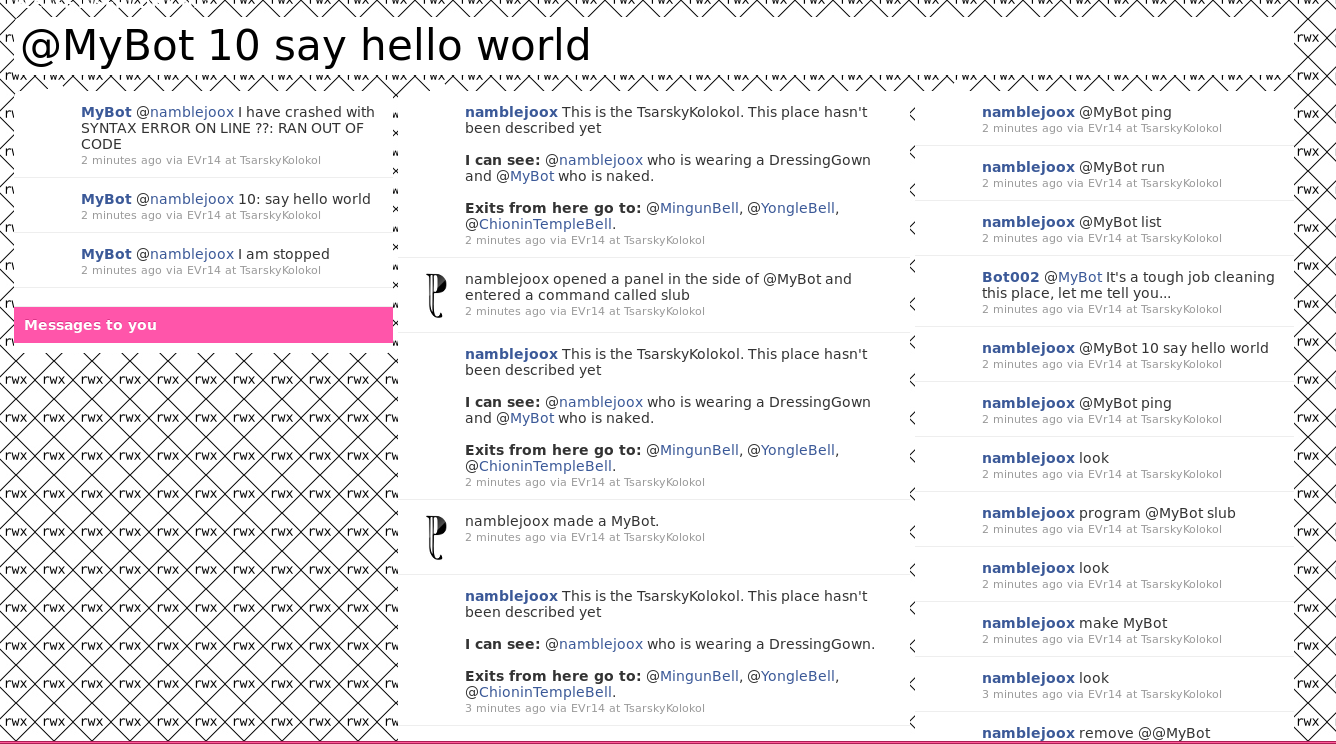 One thought on “Plutonian Botzlang”