Working on the upcoming Raspberry Pi programming workshop for dBsCode, I’m wrapping the Minecraft Python API with a functional style one to reduce the amount of syntax we’ll have to teach. The idea is to build complex 3D shapes via abstraction, out of simple primitives. 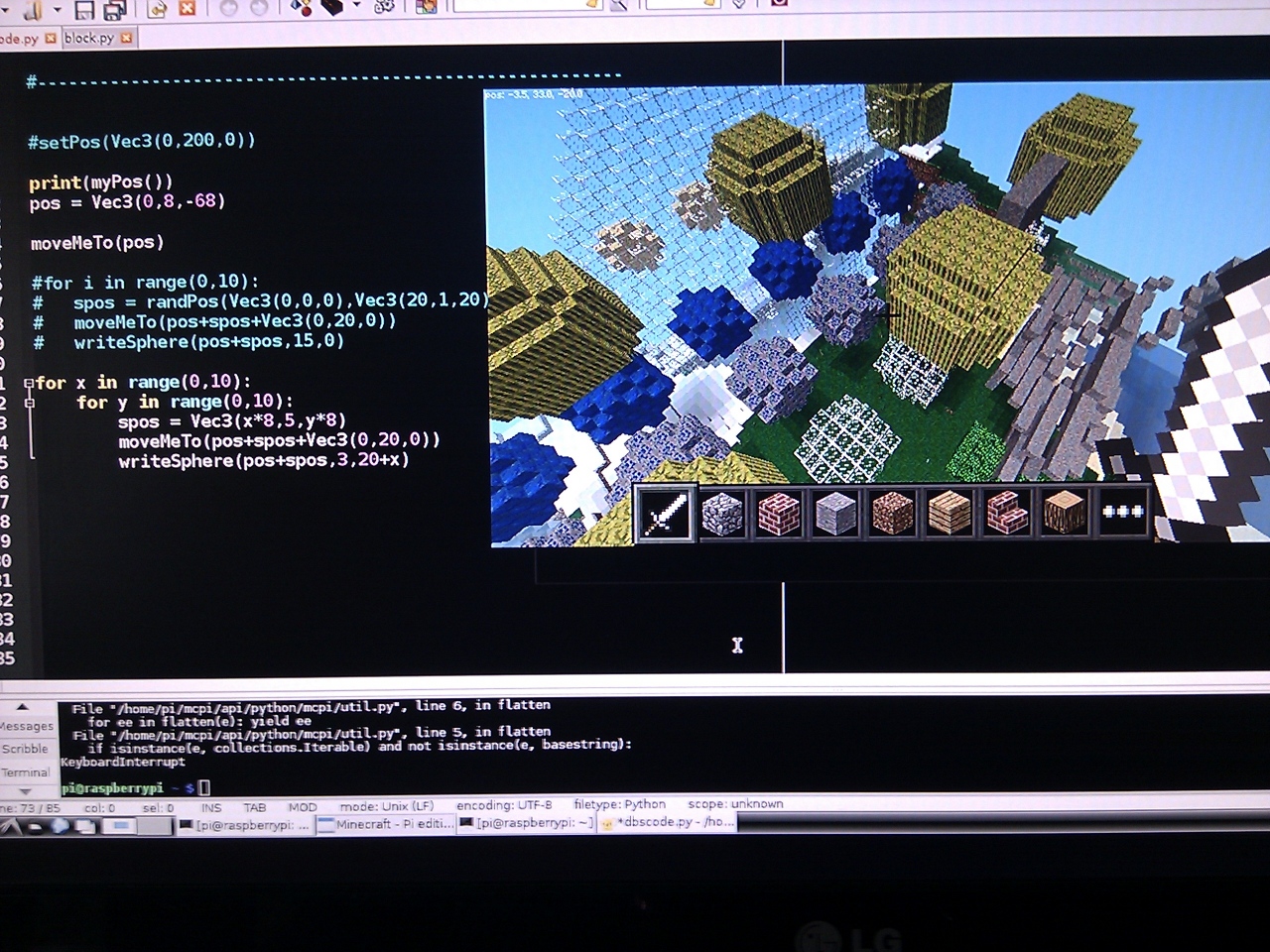 The IDE we’re using is Geany which seems to run well alongside Minecraft on the Raspberry Pi so far. It’s great how Minecraft stays on top of the display at all times – more an unintentional feature of the GPU driver, but very useful for teaching.