Following on from yesterday’s post – here’s a random selection of some (publicly accessible) tangible programming research. 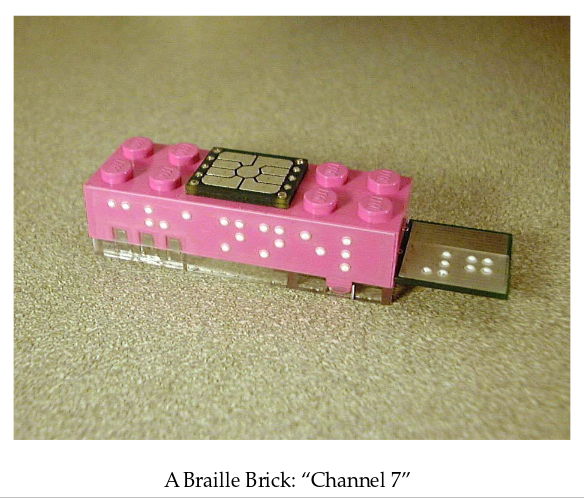 I’m starting a new exploratory project to build a screen-less programming language based on two needs:

I’ve mentioned this recently to a few people and it seems to resonate, particularly in regard to a certain mismatch of children’s ability to manipulate physical objects against their fluid touchscreen usage. So, with my mind on the ‘pictures under glass’ rant and taking betablocker as a starting point (and weaving code as one additional project this might link with), I’m building some prototype hardware to provide the Raspberry Pi with a kind of external physical memory that could comprise symbols made from carved wood or 3D printed shapes – while still describing the behaviour of real software. I also want to avoid computer vision for a more understandable ‘pluggable’ approach with less slightly faulty ‘magic’ going on.

Before getting too theoretical I wanted to build some stuff – a flexible prototype for figuring out what this sort of programming could be. The Raspberry Pi has 17 configurable I/O pins on it’s GPIO interface, so I can use 5 of them as an address lookup (for 32 memory locations to start with, expandable later) and 8 bits as input for code or data values at these locations.

The smart thing would be to use objects that identify themselves with a signal, using serial communication down a single wire with a standard protocol. The problem with this is that it would make potential ‘symbol objects’ themselves fairly complicated and costly – and I’d like to make it easy and cheap to make loads of them. For this reason I’m starting with a parallel approach where I can just solder across pins on a plug to form a simple 8 bit ID, and restrict the complexity to the reading hardware.

I’ve got hold of a bunch of 74HC4067 multiplexers which allow you to select one signal from 16 inputs (or the other way around), using 4 bits – and stacking them up, one for each 8 bits X 16 memory locations. This was the furthest I could go without surface mount ICs (well out of my wonky soldering abilities).

Now 4 bits are working it’s harder to test with an LED – so next up is getting the Raspberry Pi attached. 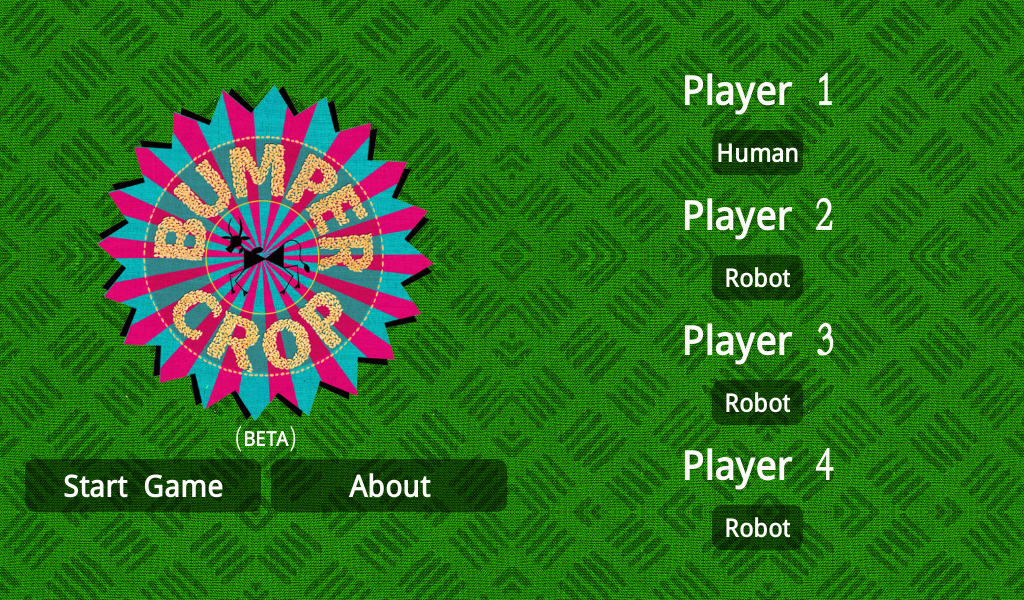 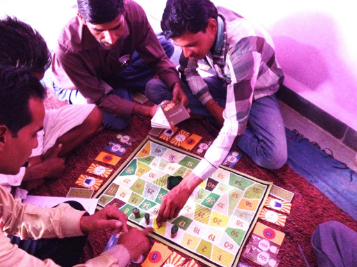 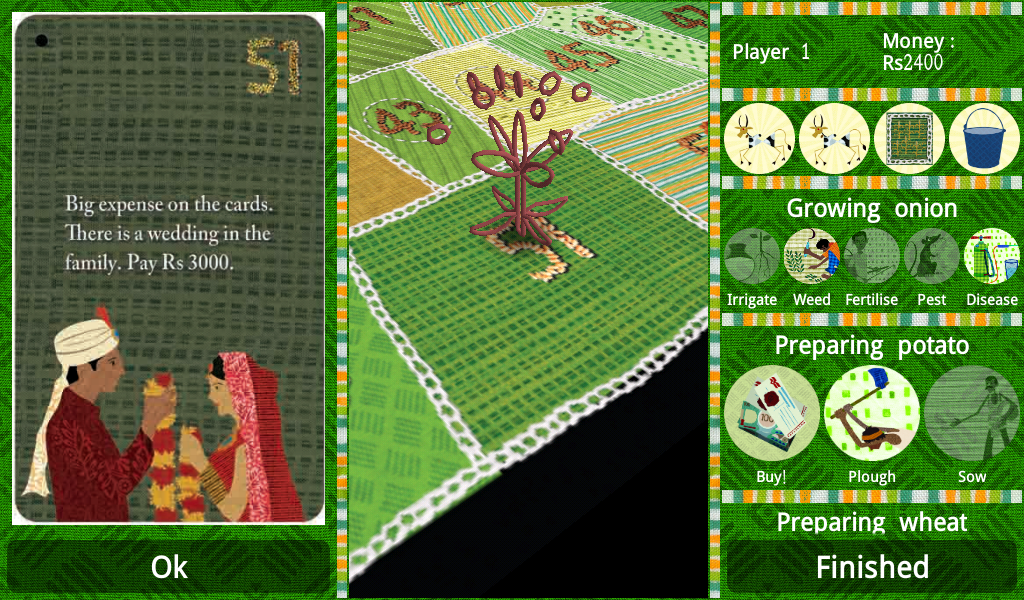 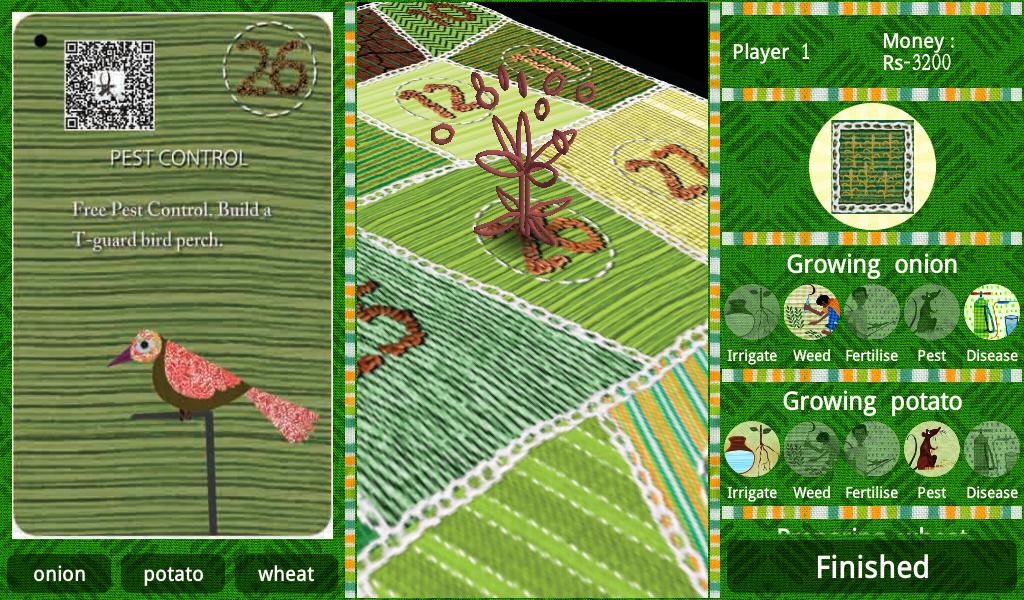 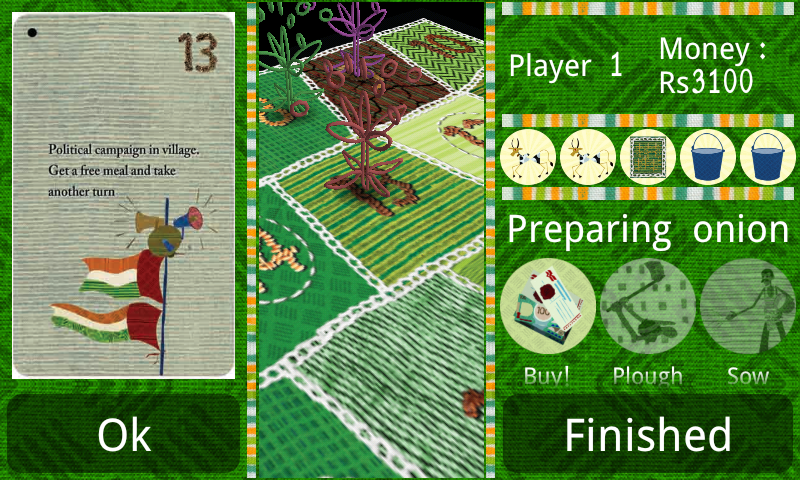 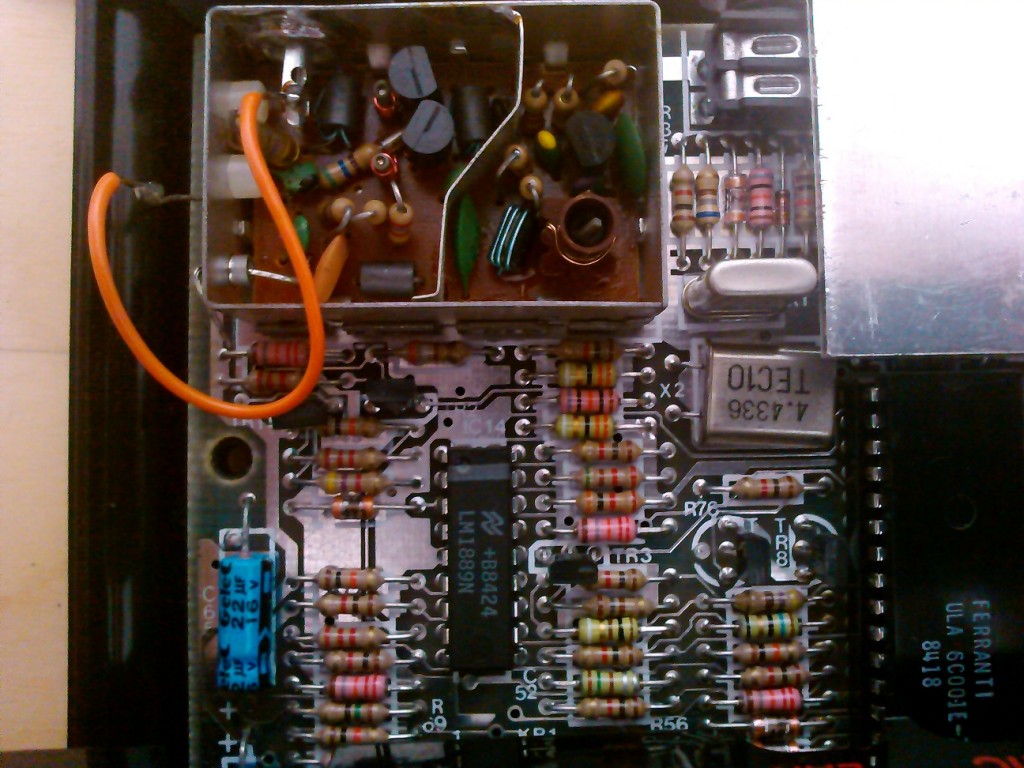 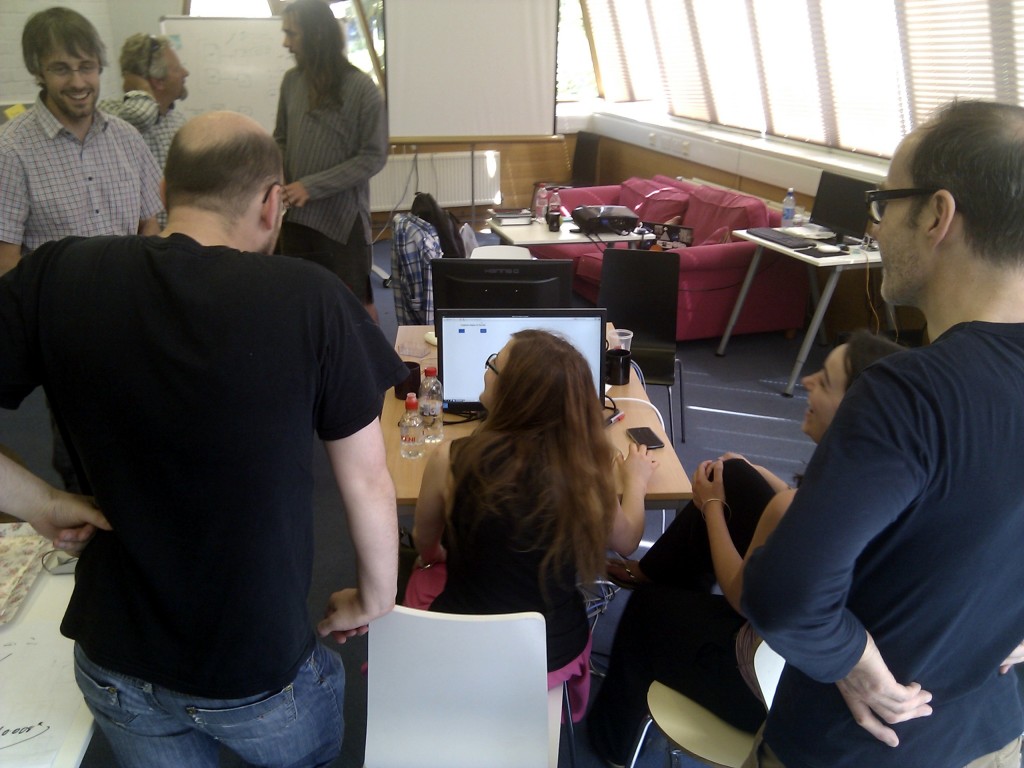 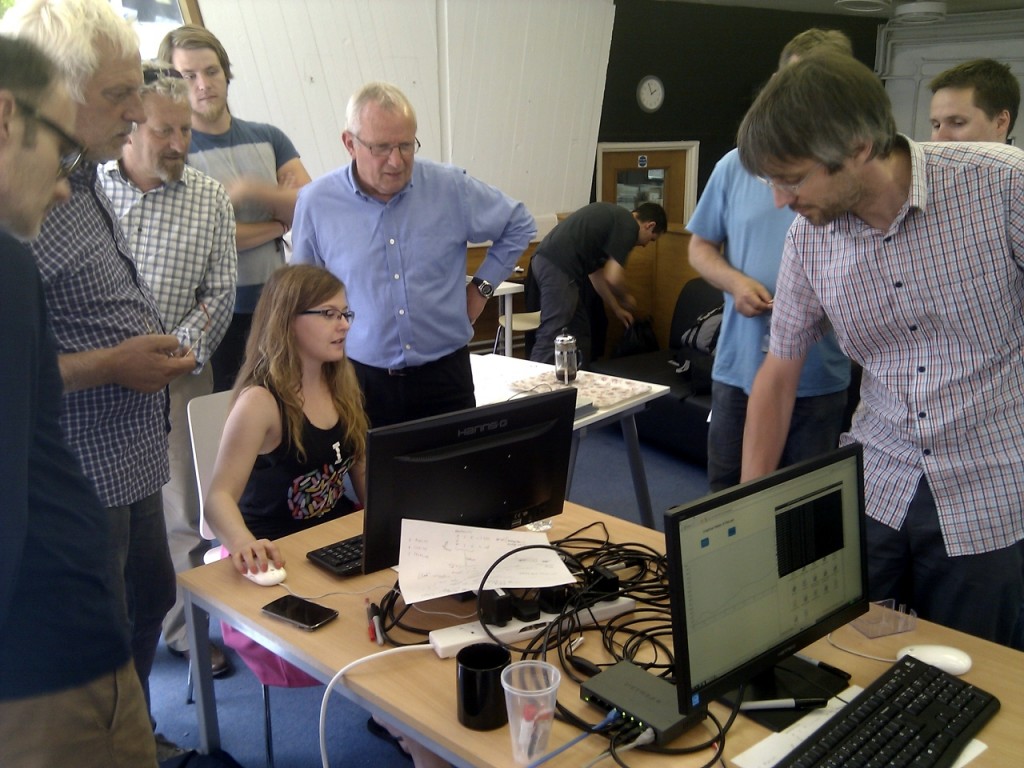 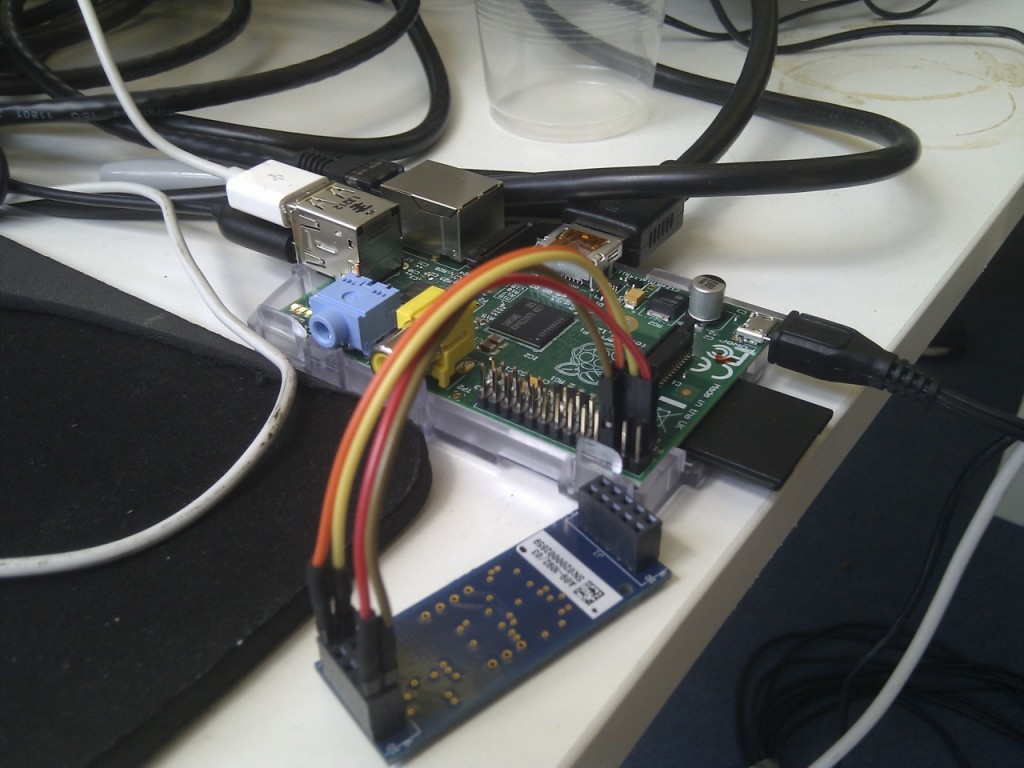 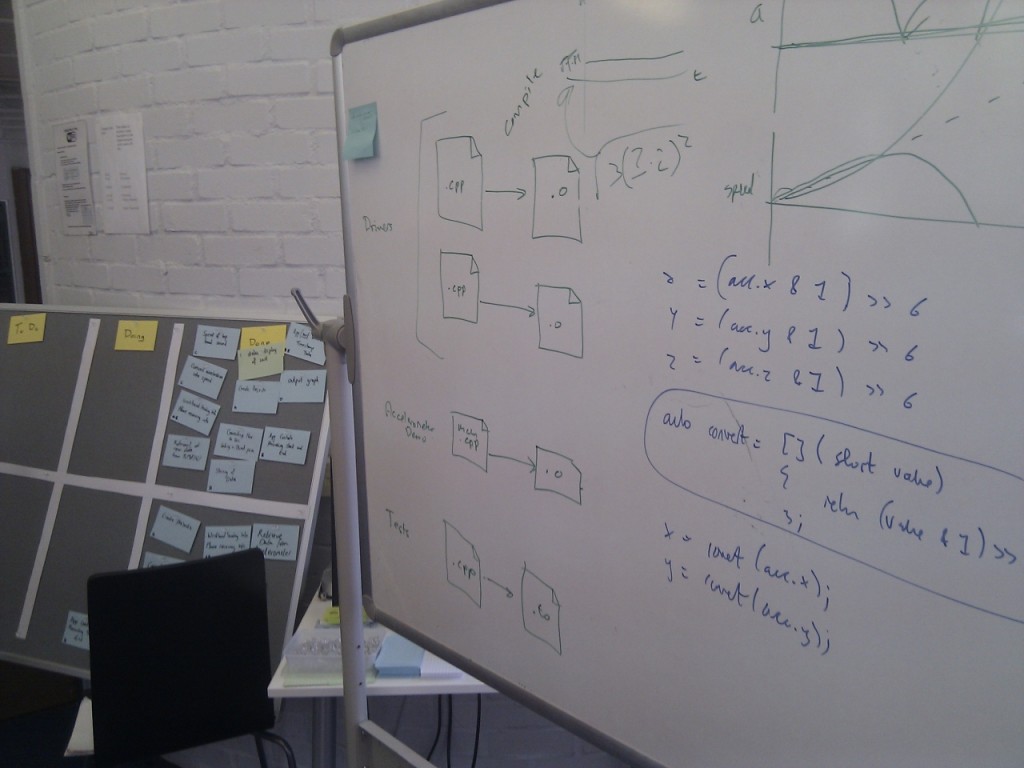 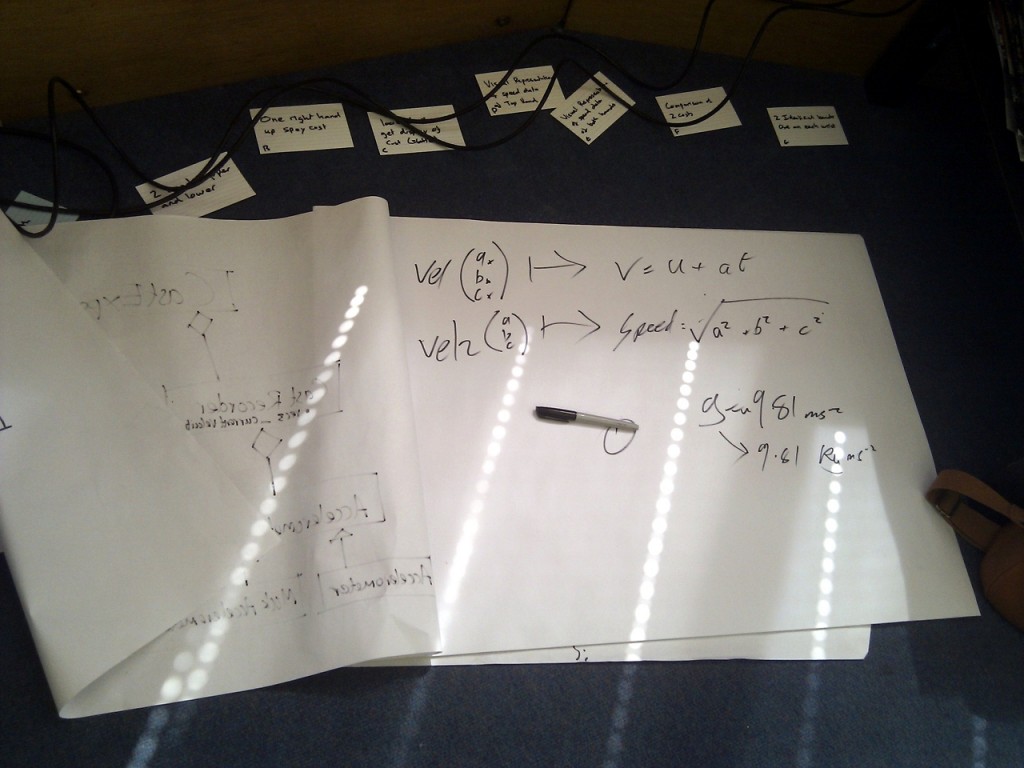