Update after the last post. After many hours soldering 75% of the board is complete! The Pi can now address a whopping 12 bytes of data. 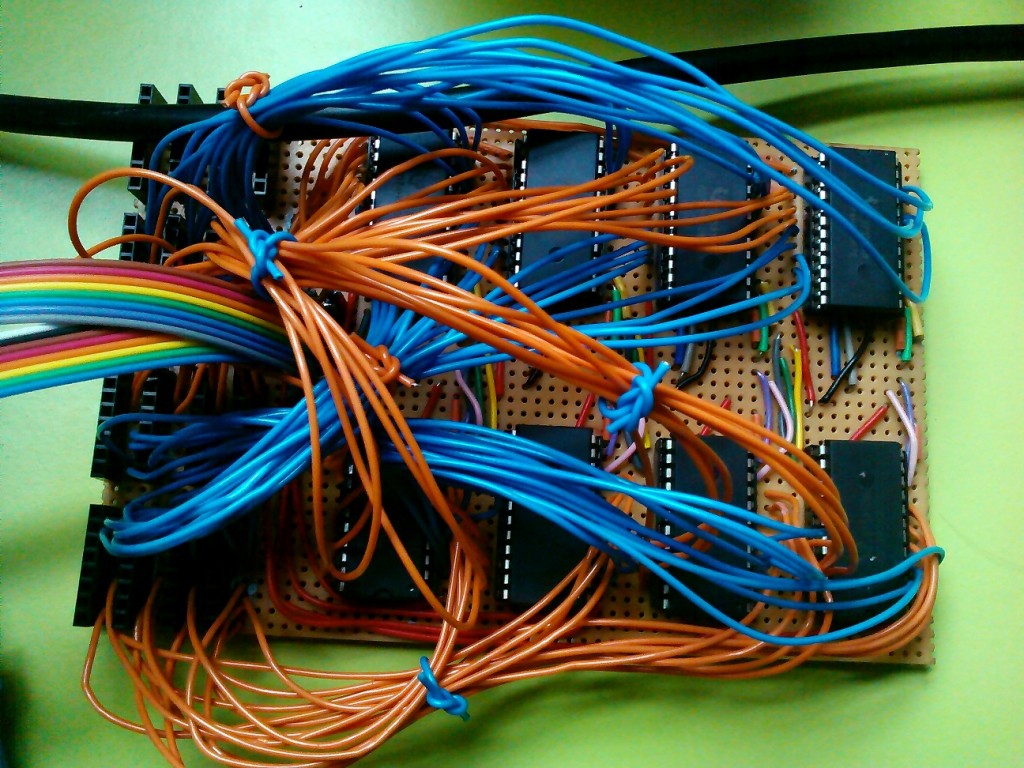 After thinking about it for a while, and checking with the languages I’m planning to use – I’ve decided to double the number of instruction ‘slots’ by halving the bits to 4. This doesn’t actually change the core hardware at all – I’ll just scan two at a time and split them in software (part of this project has been to see how much easier it is to change software than hardware). Some of the instructions can span two addresses if needed, but this makes more efficient use of the resources. The ports on the left of the board are where the plugs for the programming ‘interface’ will come in – each one will now split to two locations.

Here’s my test GPIO software running on the Pi, constant testing has been the only way to stay sane on this project. Eventually I could replace the Pi with a microcontroller for some applications, but the Pi has been a great way to ease the prototype process. 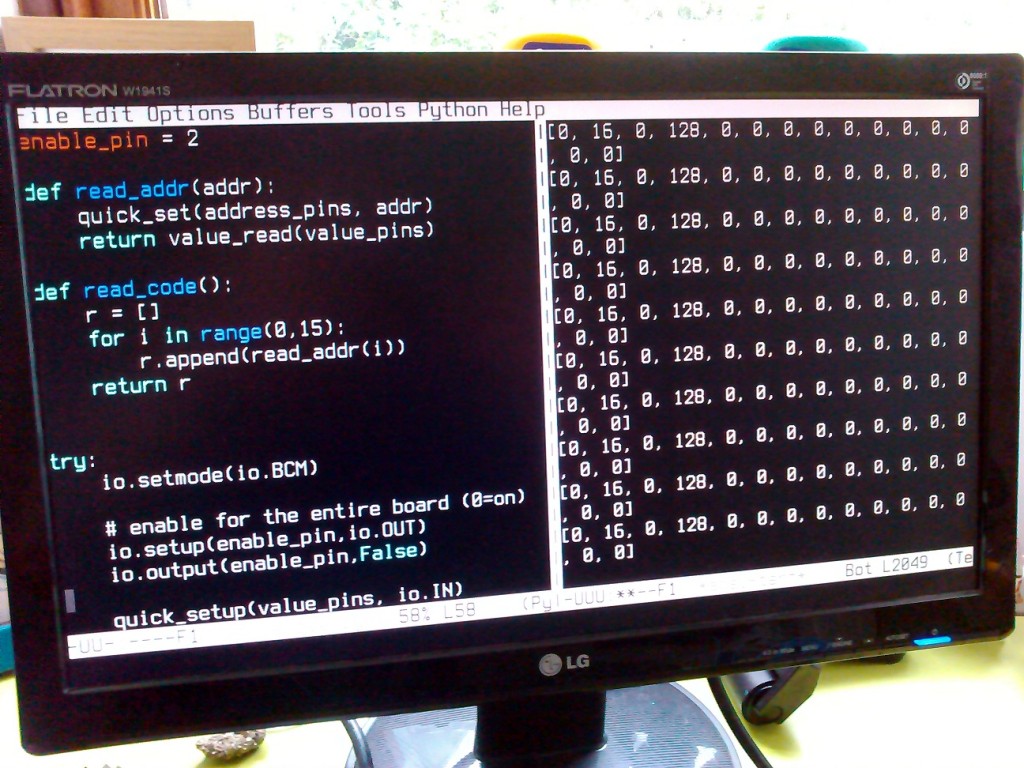