More background on this project here. This is the finished Raspberry Pi interface board, most of the circuitry here is an LED driver to light up one of the 32 programming blocks as they are being scanned, or in any pattern required depending on the needs of the particular programming language in use. The small IC is an old 74LS02 NOR gate I’m misusing as a NOT gate (which I couldn’t find in my supplies). I hard wired one of the gate’s inputs to ground so the other one gets inverted. I need this in order to switch between the two 16 way multiplexers to get 32 outputs, by alternating their enable pins. 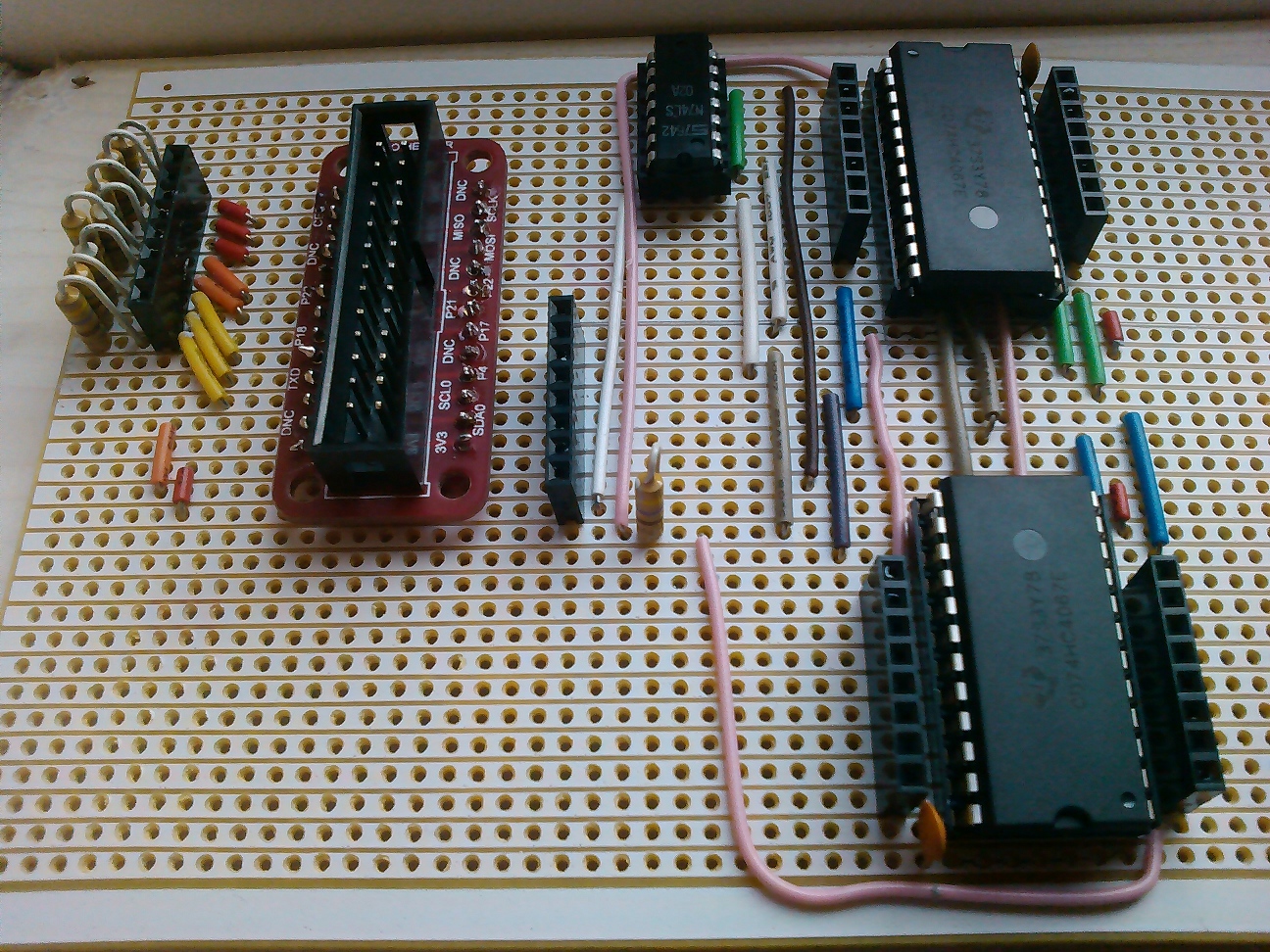 This time I remembered to include decoupling capacitors (thanks to Julian). Here is the completed wiring for the block input plugs, with everything connected up. I’m new to this scale of building, so really pretty happy it seems to be working: 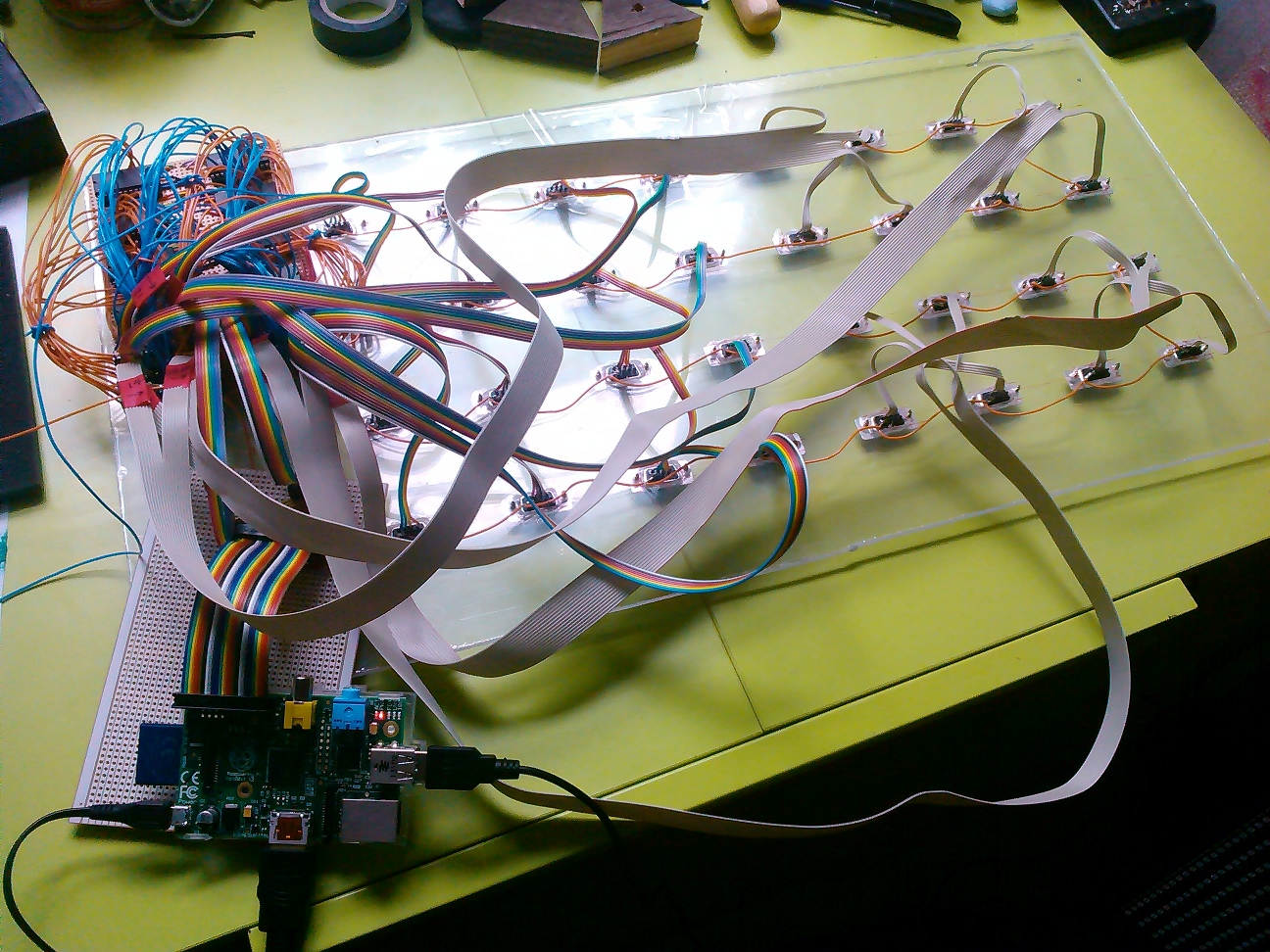 The same thing, the right way up with a single programming block plugged in, and the Raspberry Pi in the foreground. The first time it’s starting to look like something: 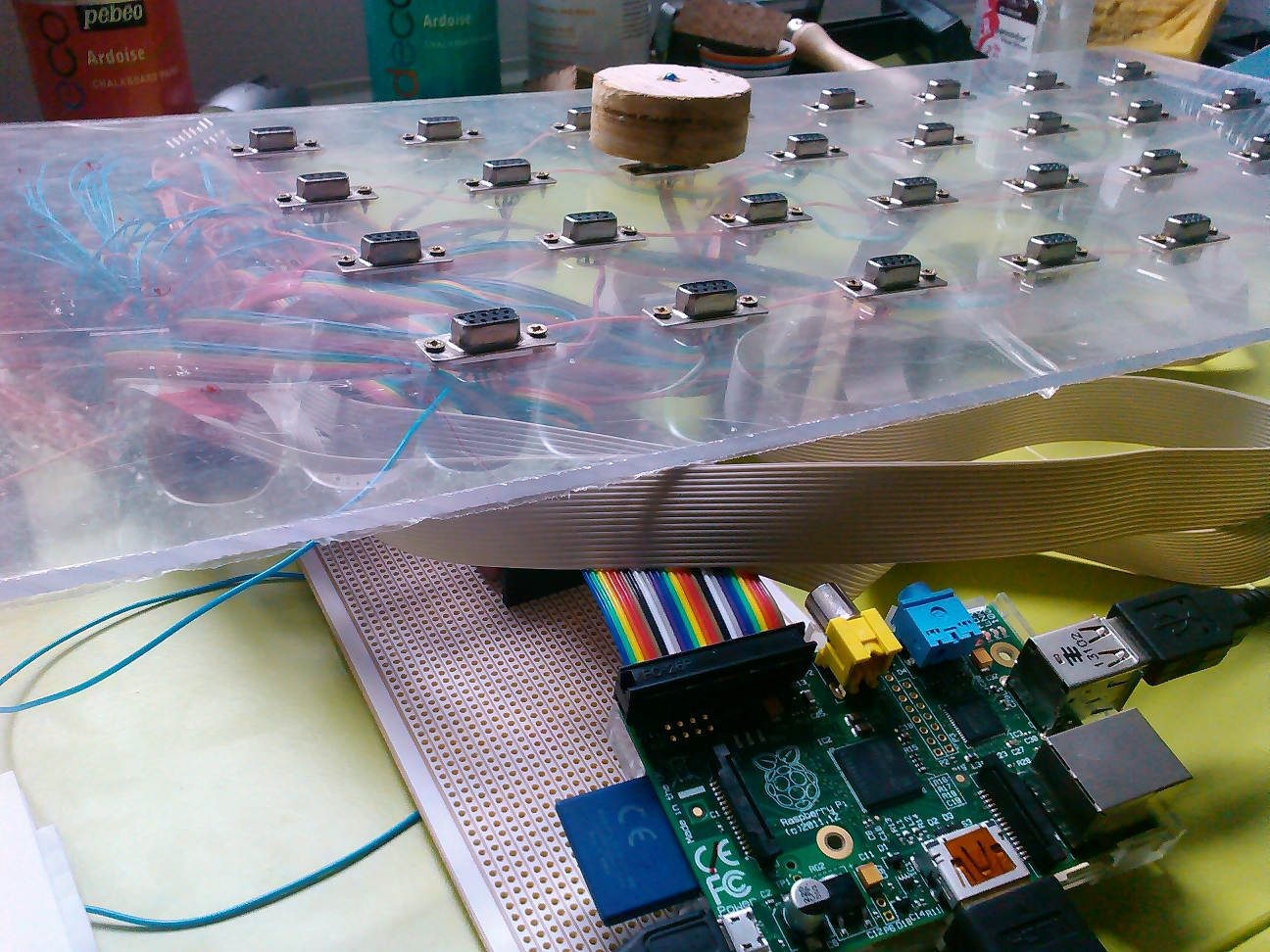 I’m also starting to document the project, as it will be released as open source hardware, here’s an unfinished schematic. This is attempting to be complete, but it’s not really as complex as it looks – I’ll work on a block diagram that makes it easier to describe: 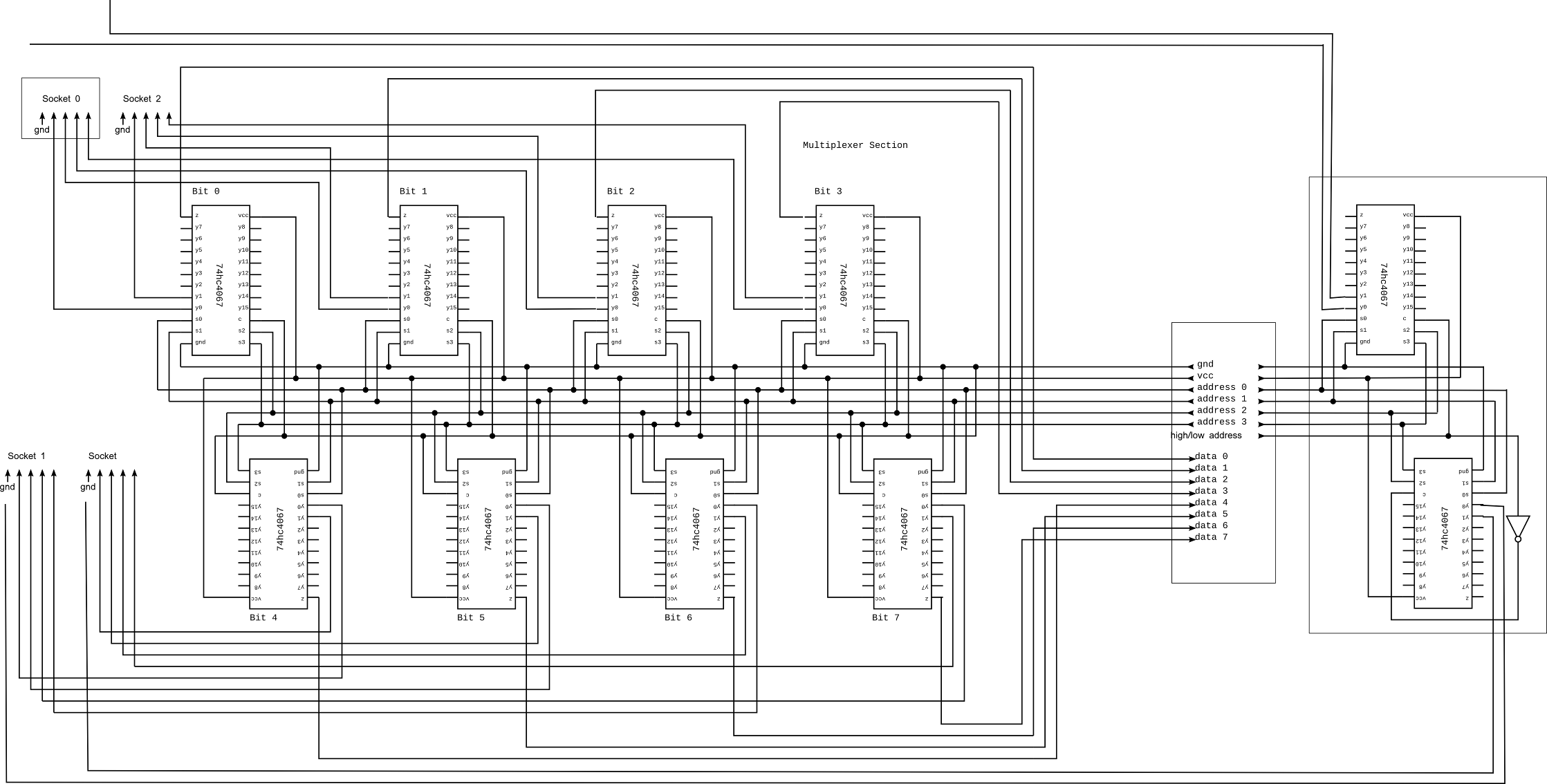 2 thoughts on “A screenless programming language: putting it all together”