Two languages are working with Flotsam, the new name for the prototype screenless tangible programming language I’ve been building (which comes from the fact it’s largely made from driftwood). It’s somehow already been featured on the Adafruit blog!

The circuit seems to be fully debugged now, with short circuits fixed – which took a little while and more than a little frustration 🙂 The Raspberry Pi python code is currently on the weavingcodes repository (more on this project on the kairotic site), and the first language is a declarative style L system for describing weave structure and pattern with yarn width and colour. The LEDs indicate that the evaluation happens simultaneously, as this is a functional language. The blocks represent blue and pink yarn in two widths, with rules to produce the warp/weft sequence based on the rows the blocks are positioned on:

The weaving simulation is written in pygame (which I’ve been using lately for teaching), and is deliberately designed to make alternative weave structures than those possible with Jacquard looms by including yarn properties. The version in the video is plain weave, but more complex structures can be defined as below – in the same way as Alex’s gibber software: 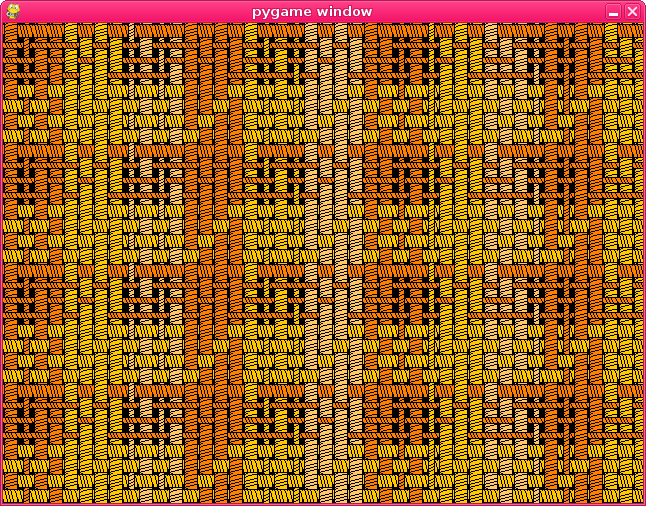 This is a completely different language for building shapes in Minecraft, and is an imperative, stack based language for driving a turtle in 3D space. Eventually (when I’ve manufactured a few more programming blocks) it will be possible to change Minecraft block materials and react to player actions. The LEDs indicate here the more sequential evaluation of this Forth like language:

All that’s needed to switch languages is to redraw the symbols with chalk and run a different script. It won’t be truly screenless until I write a musical language for it, which is obviously coming soon… 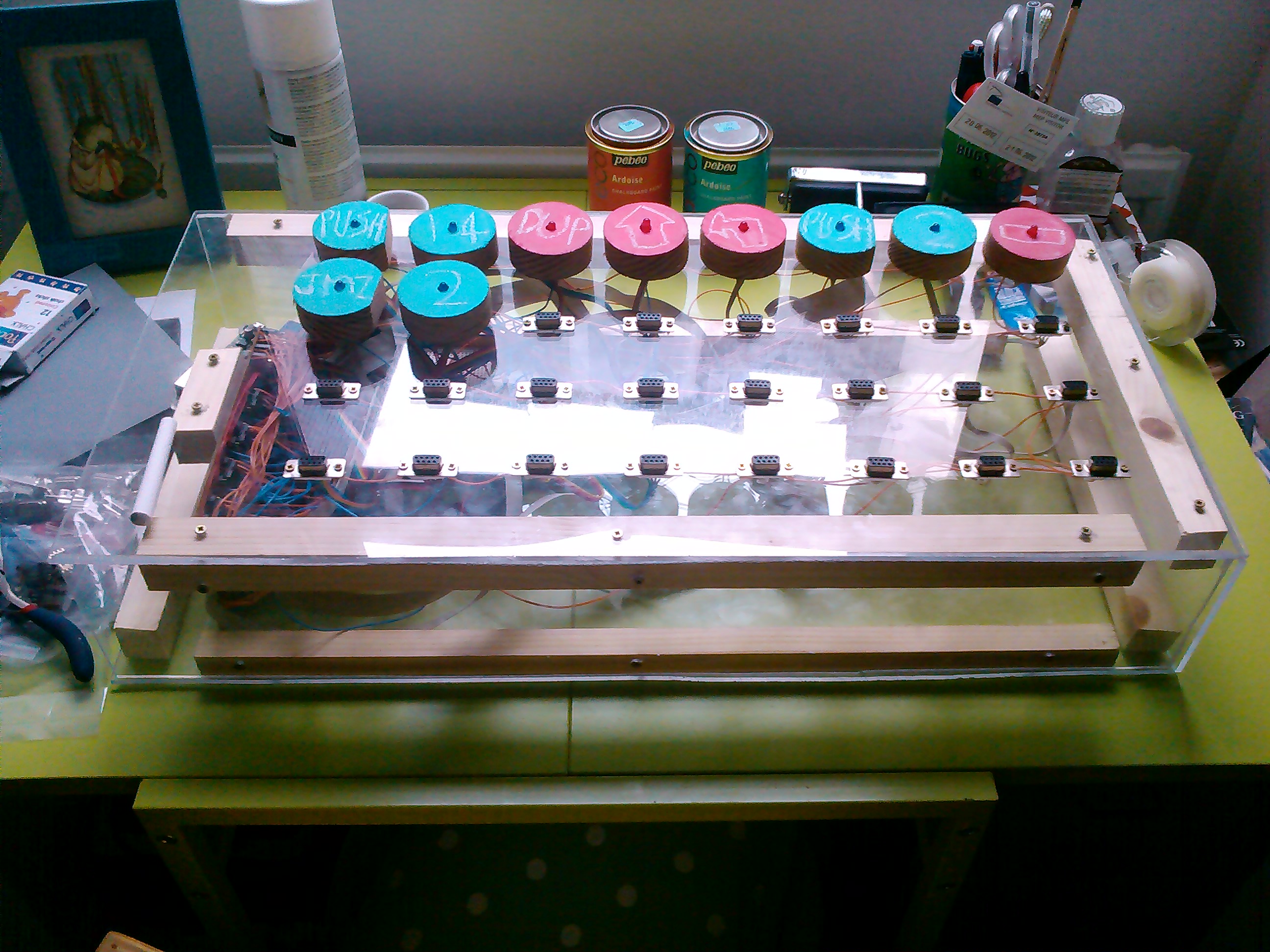