View of ground control from a OnePlus phone mounted on a Y6 UAV: 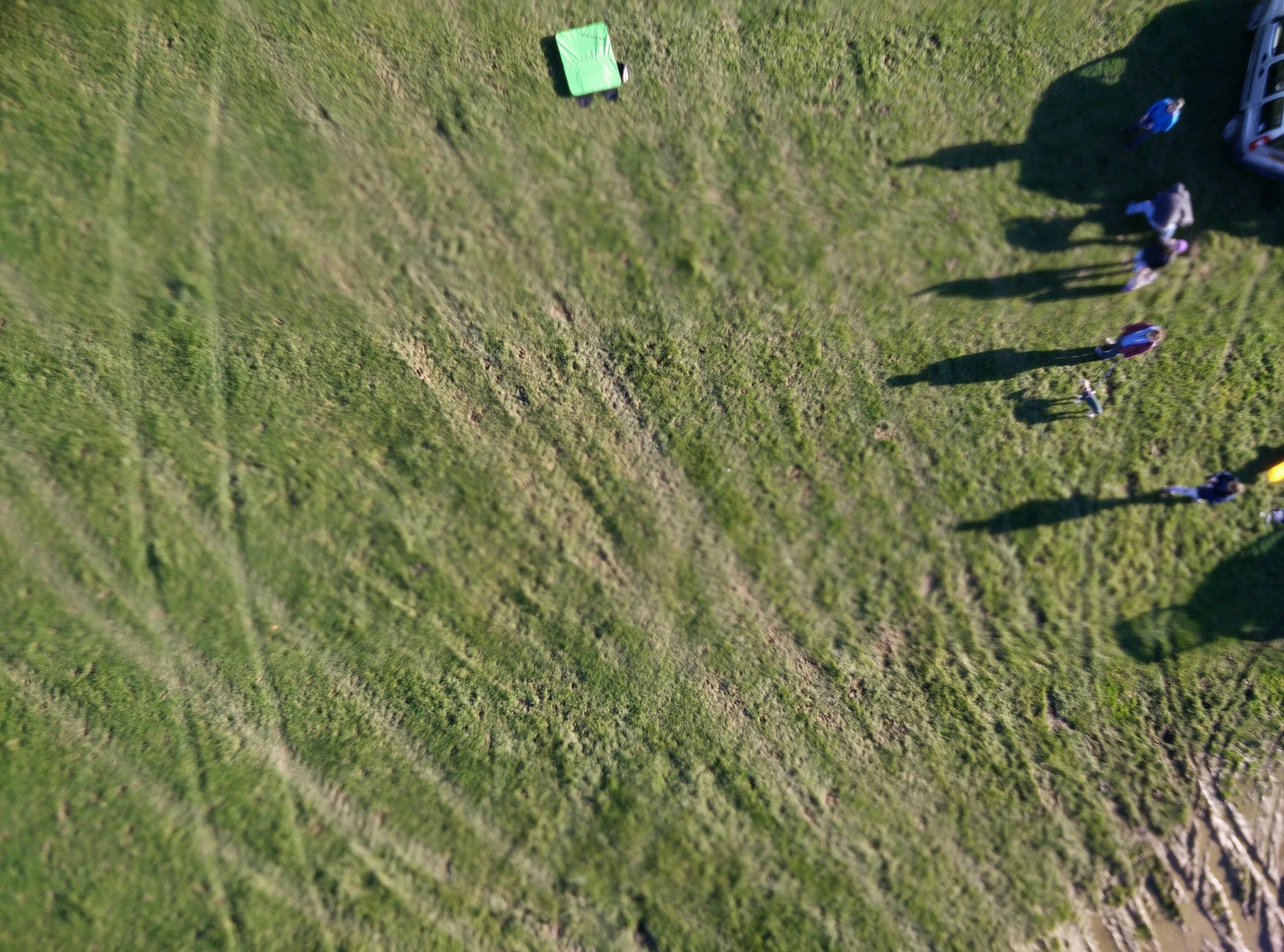 A report from the first flight test of the new UAV android software with the Exeter University UAV science group. We had two aircraft, a nice battle hardened fixed wing RC plane and a very futuristic 3D robotics RTF Y6. We also had two phones for testing, an old cheap Acer Liquid Glow E330 (the old lobster phone) and a new, expensive Oneplus One A0001. Both were running the same version (0.2) of the visual programming toolkit which I quietly released yesterday. 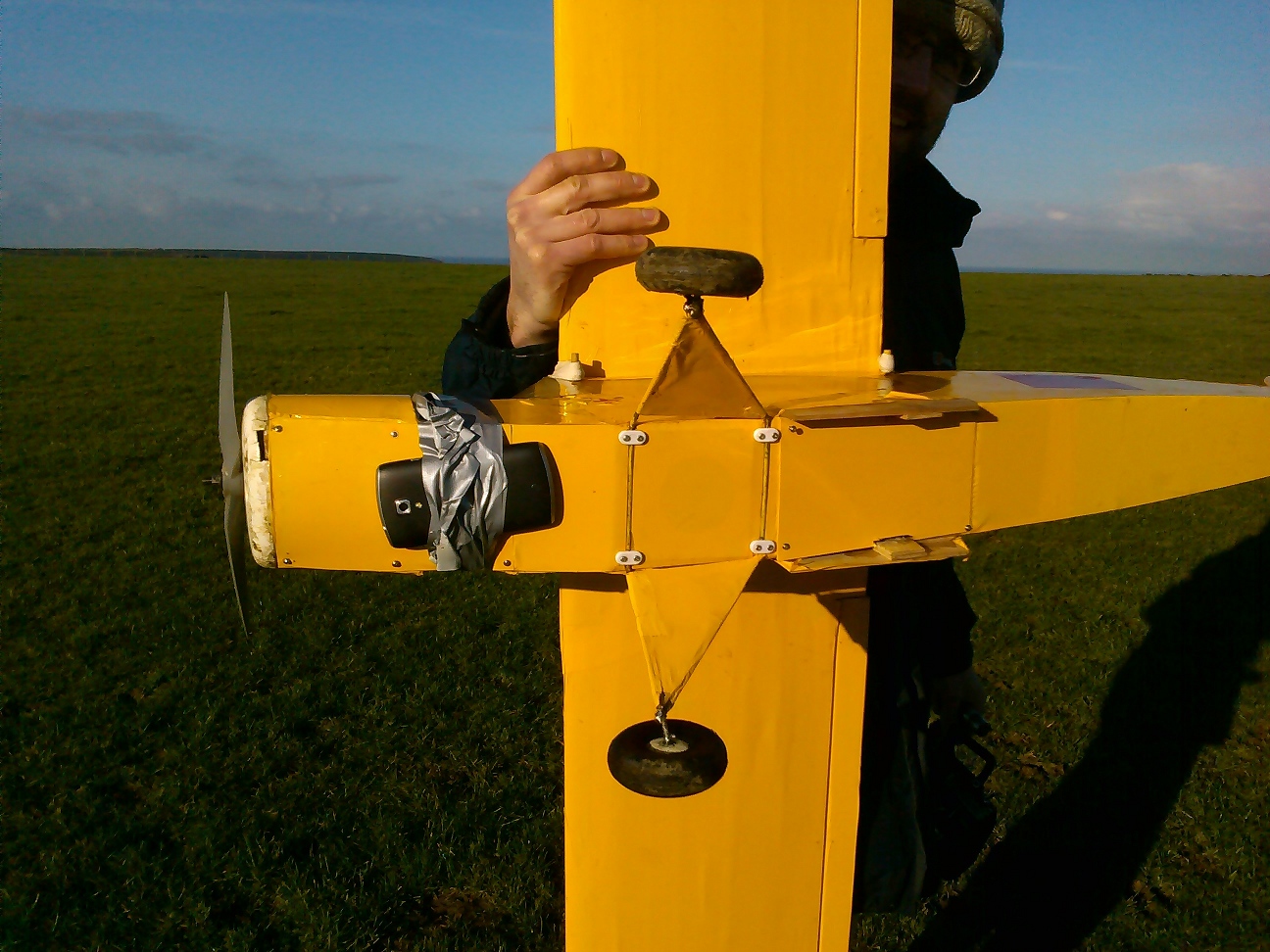 Here is the high-tech mounting solution for the RC aircraft. There were a lot of problems with the Acer, I’m not sure if the GPS triggering was happening too fast or if there is a problem with this particular model of phone but the images appear to be corrupted and overwriting each other (none of this happened in prior testing of course 🙂 Despite this, there were some Ok shots, but a lot of vibration from the petrol motor during acceleration. 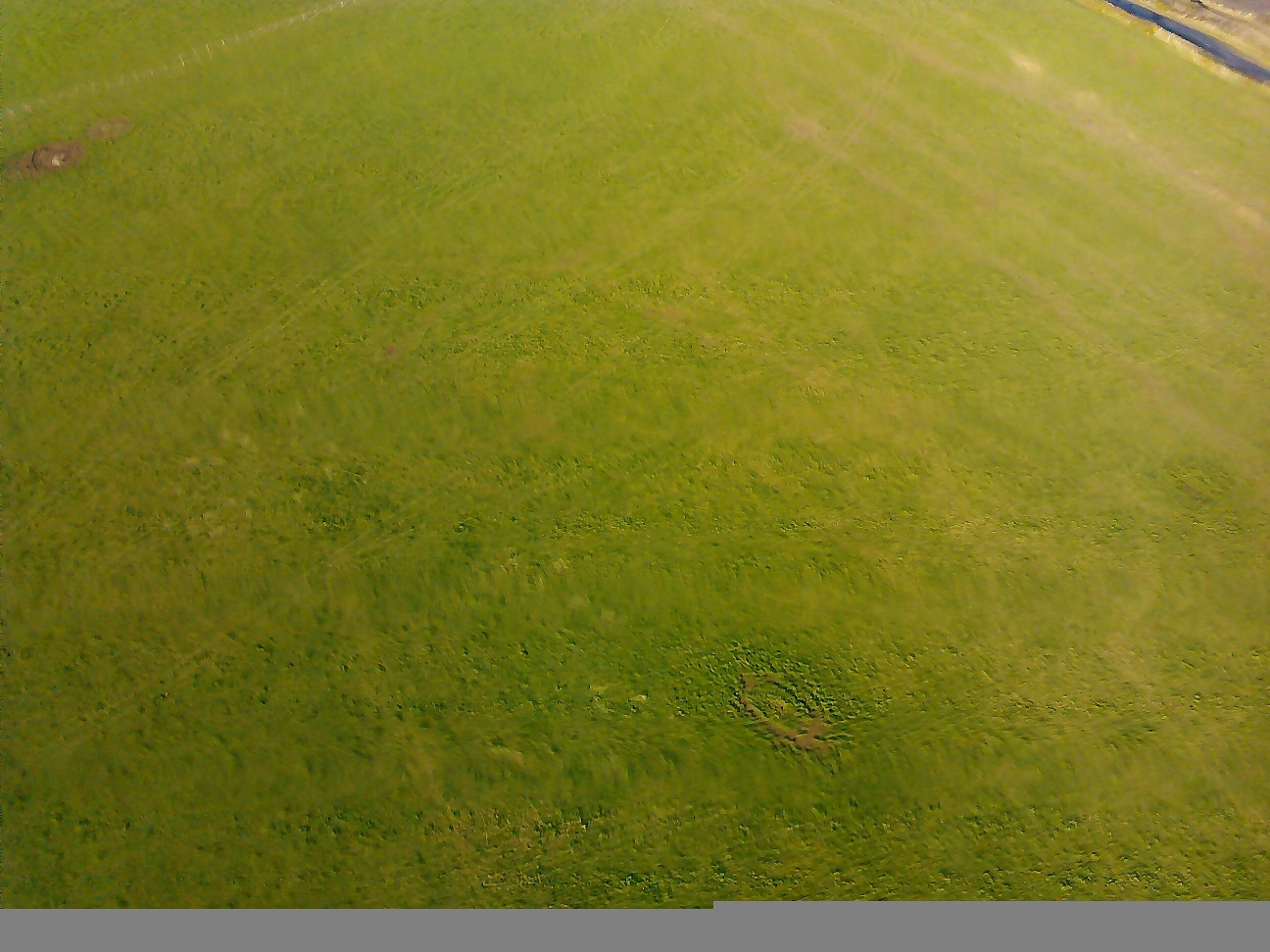 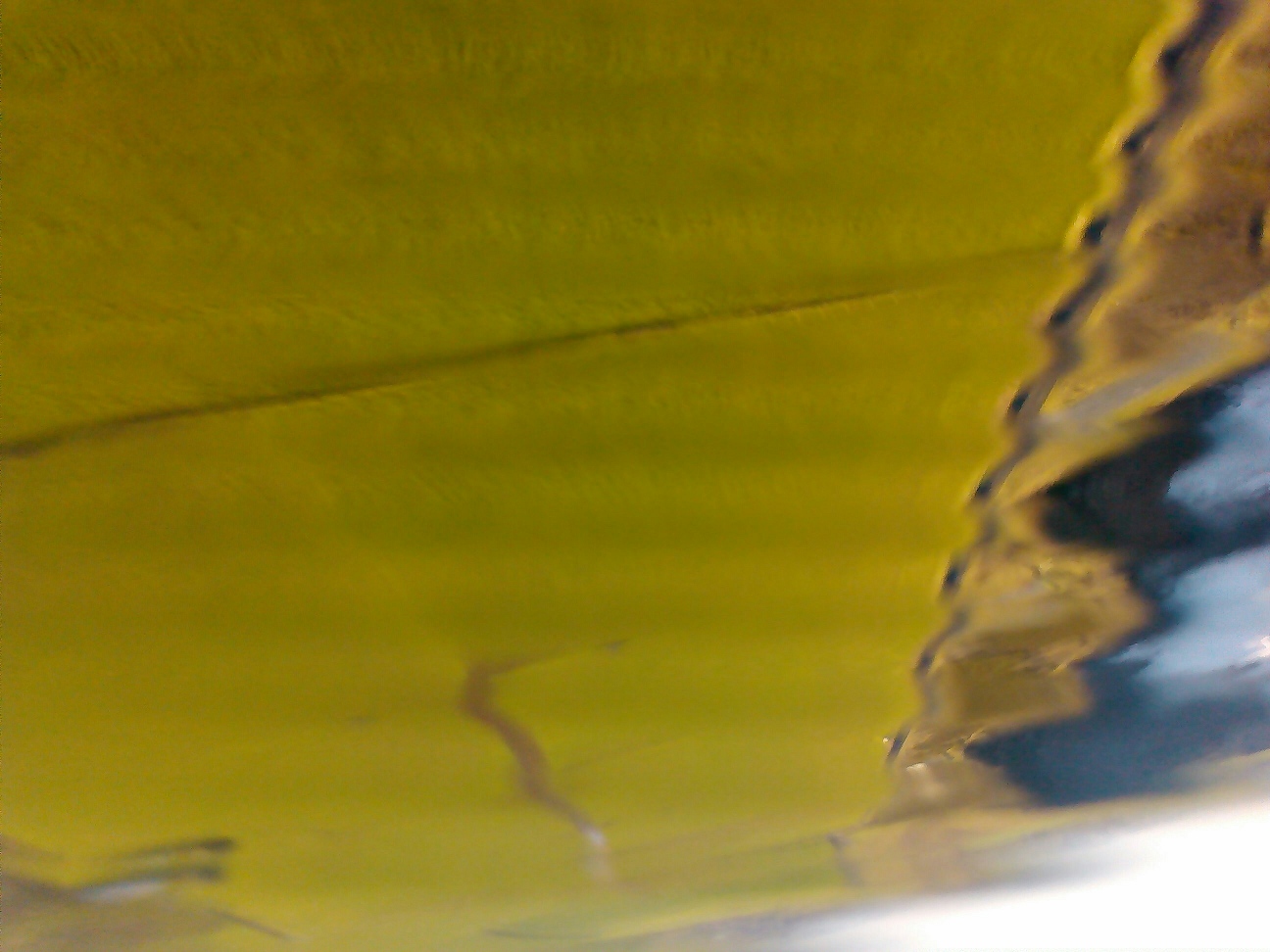 We tried two types of programs running on the phones, one triggered photos by a simple timer, the other used GPS distance, altitude and camera angle in order to calculate an overlap coverage. Both seems to work well, although I need to go through the sensor data for each image to check the coverage by positioning the images using the GPS. One thing I was worried about was the pitch and yaw of the aircraft – but with the Y6 this was extremely stable, along with the altitude too, which can be controlled automatically at a set height.

The vibration seemed less of a problem on the Y6, but on one of the flights the power button got pressed bringing up the keylock screen which annoyingly prevents the camera from working. We did however capture lots of sensor data – accelerometer, magnetometer, orientation and gravity with no problems on the Acer.

The OnePlus phone worked pretty flawlessly overall, and we left it till last as it’s a bit less expendable! It’s possible to mount phones easily underneath the batteries on the Y6 without the need for tape, which looks a bit more professional: 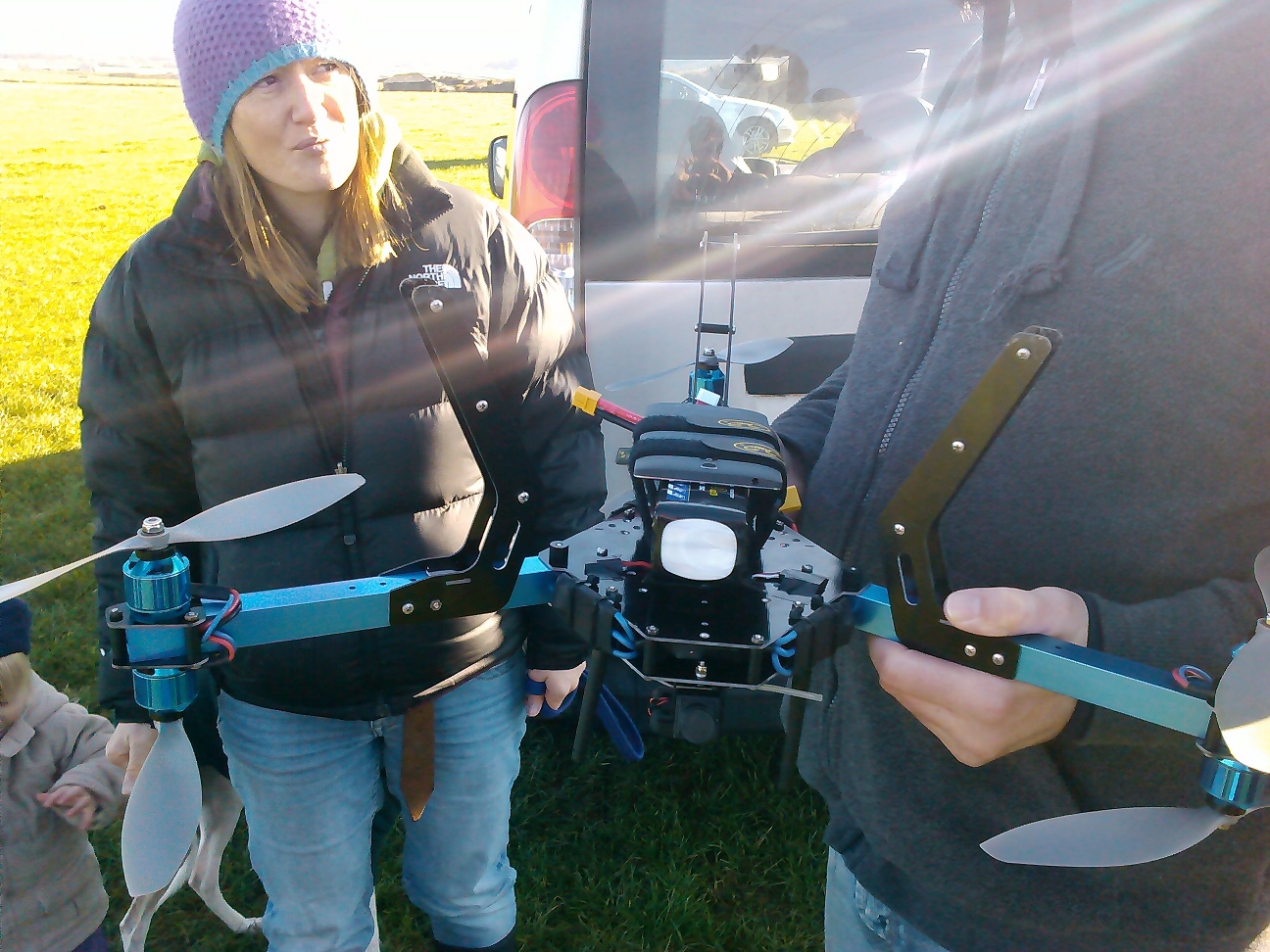 We still have problems with vibration, which seems to cause the bands of fuzziness (see the bottom and top photos) so things to look at next include: 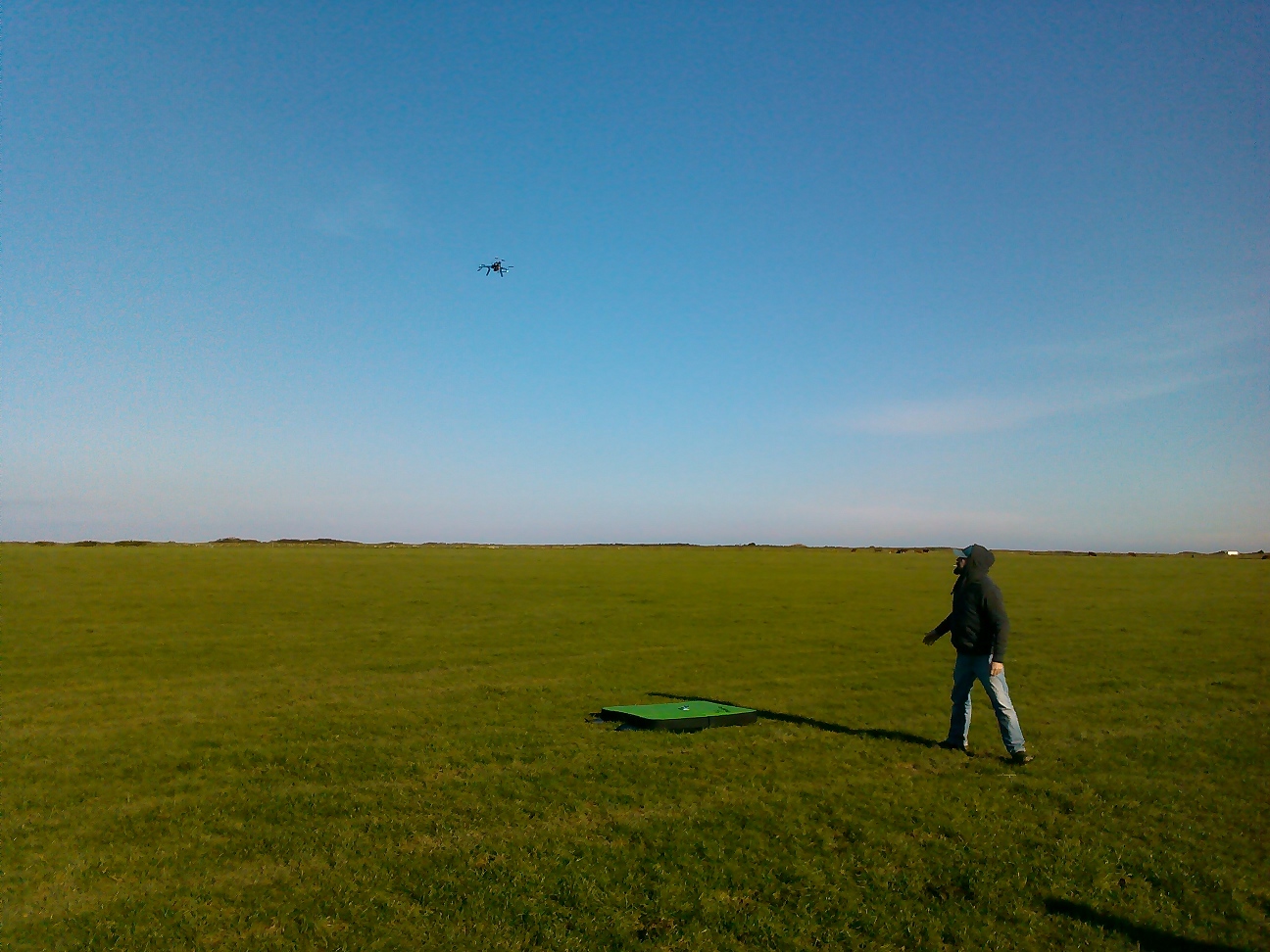 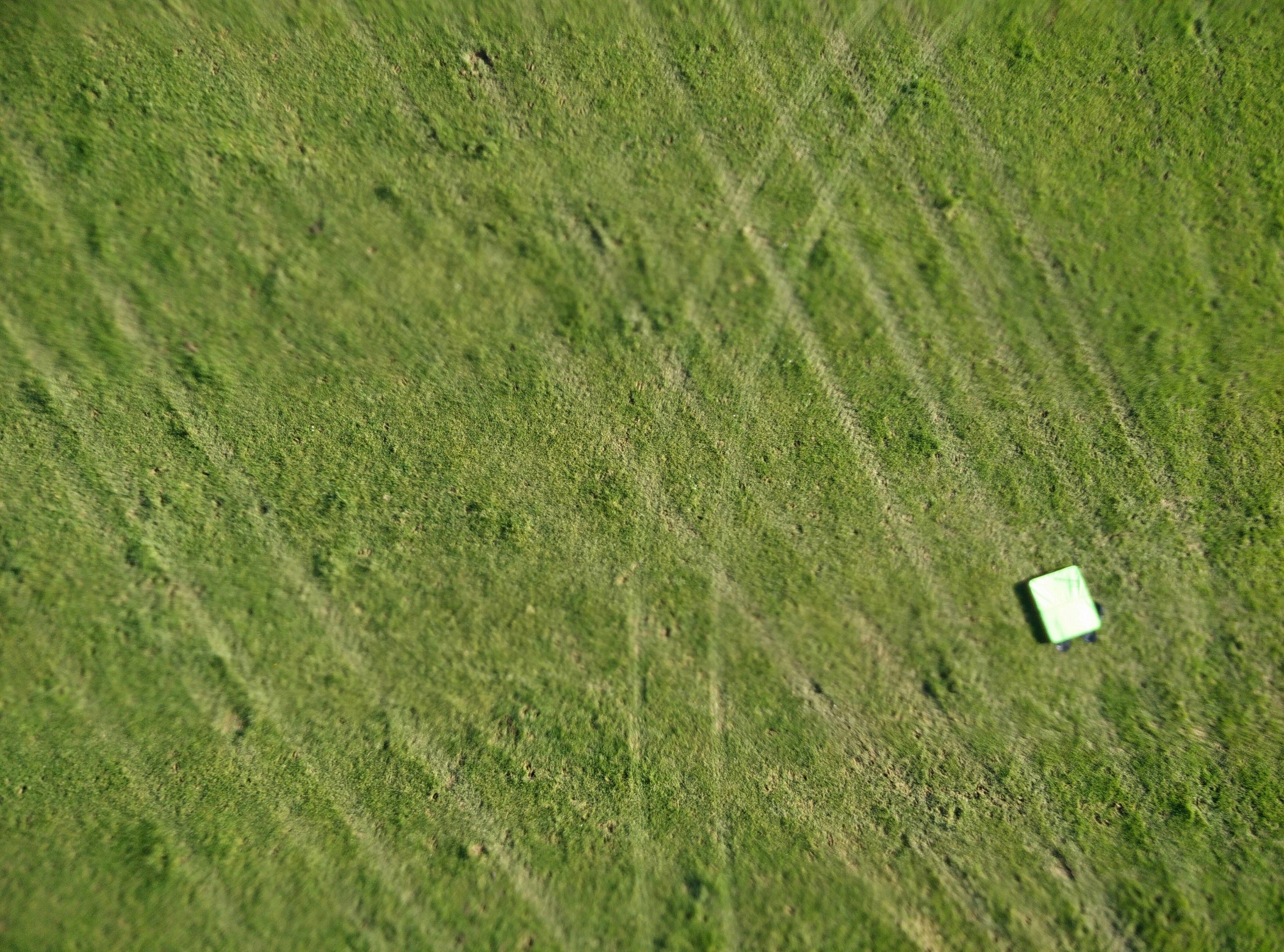