Thursday saw our second dbsCode Easter programming taster, and like last year we focused on minecraft programming with our procedural architecture api.

The main change this time was that for the 20 11-16 year old participants we doubled our teachers to 4 (Glen Pike, Francesca Sargent and Matthew Dodkins and me), plus a couple of interested parents helped us out too. This meant that the day was much more relaxed and we noticed they were engaged with the programming for a much higher proportion of the time. Another factor was that we went straight into coding, as none of them needed introduction to minecraft this year. I think one of the biggest strengths of this kind of learning is that they are able to easily switch between playful interaction (jumping into each other’s worlds, building stuff the normal way) and programming. This means there is low pressure which I think makes it more of a self driven activity, as well as making a long (4 hour) workshop possible.

Here are some screenshots of their creations – this was a melon palace created in a world that had somehow become sliced apart: 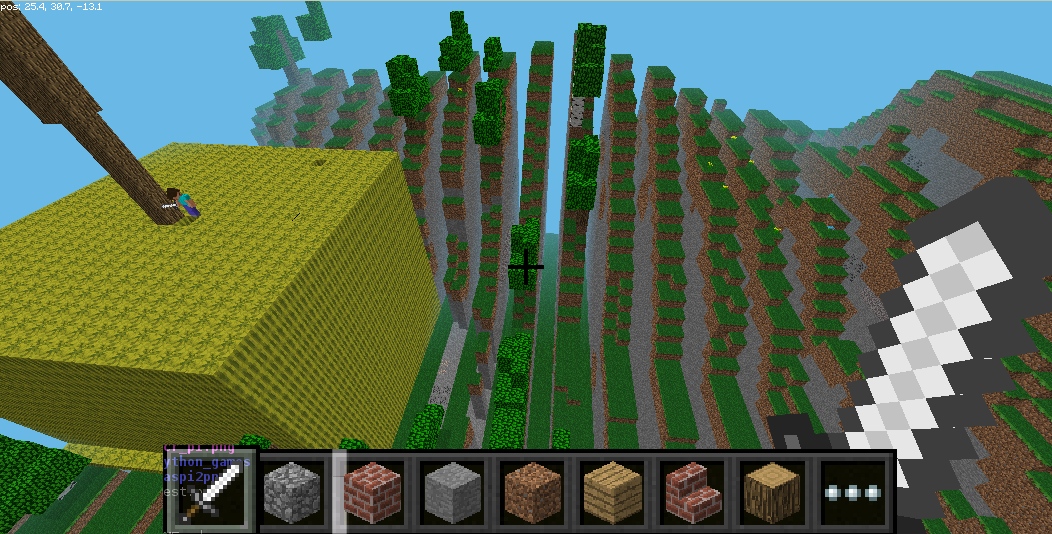 Inside the melon palace, the waterfall pulsed with a while loop and sleeps that altered the water source blocks. 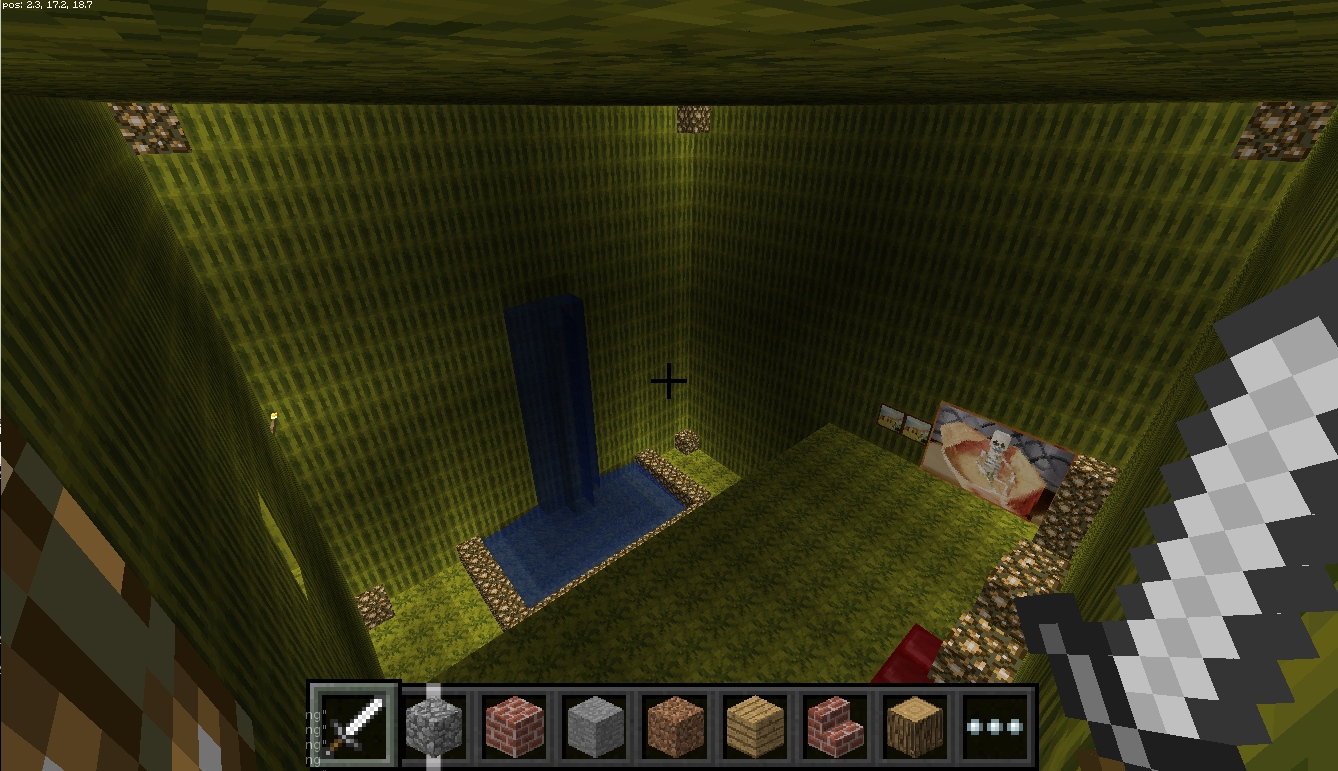 As last year there was a lot of mixing of activities, using code to create big shapes and then editing them manually for the finer details: 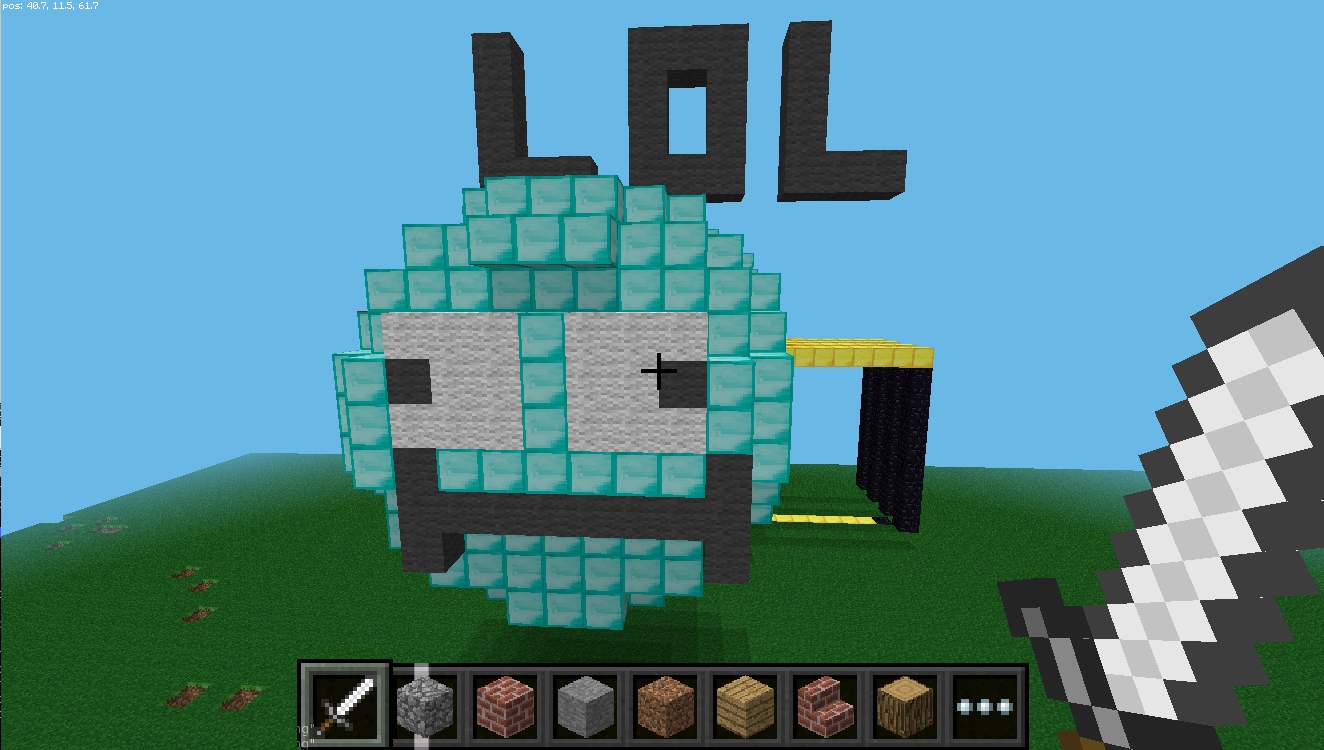 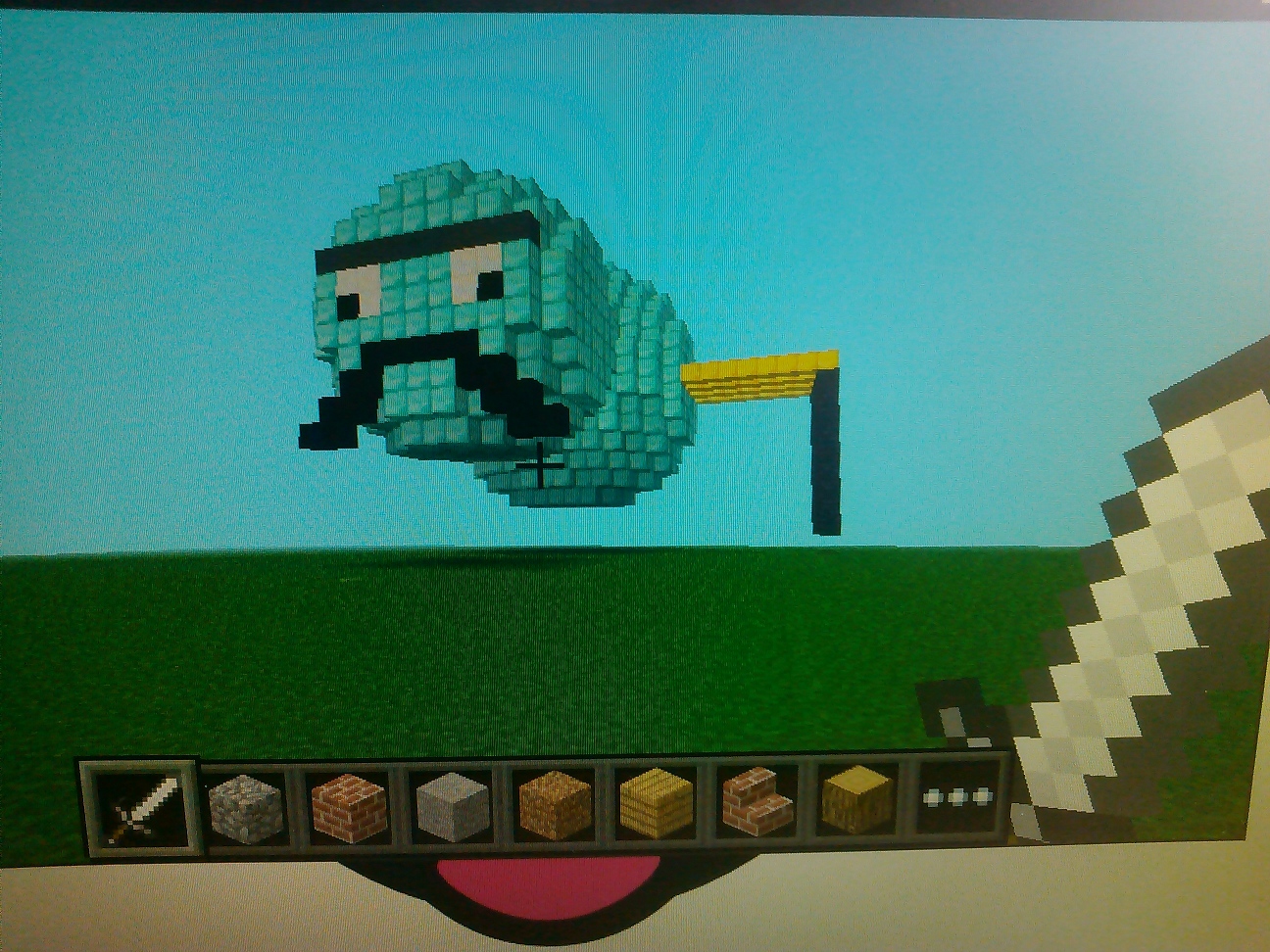 Here, a huge block of water inexplicably cuts through the scenery: 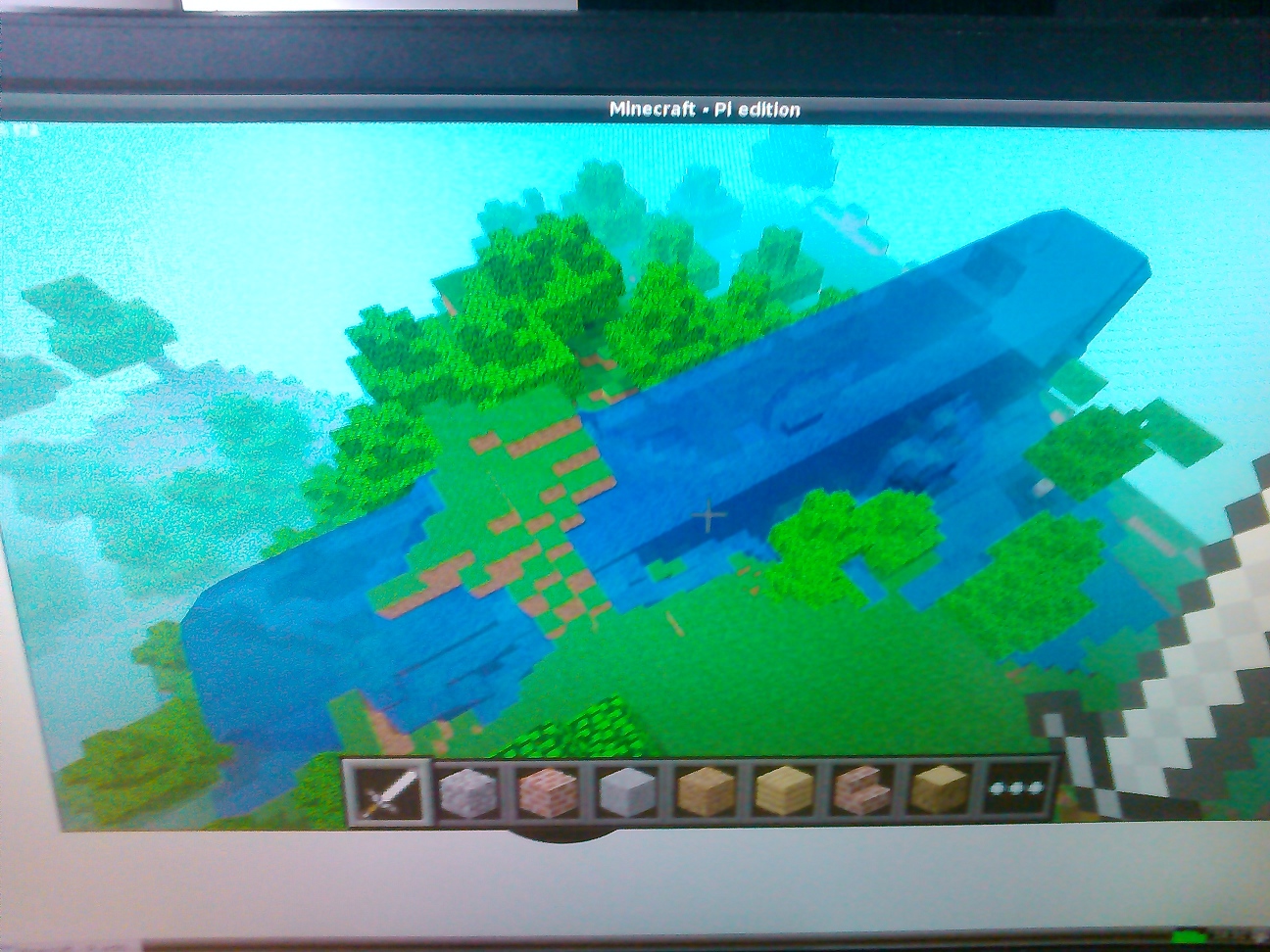 And two houses, that became merged together and then filled with bookshelves and other homely items: 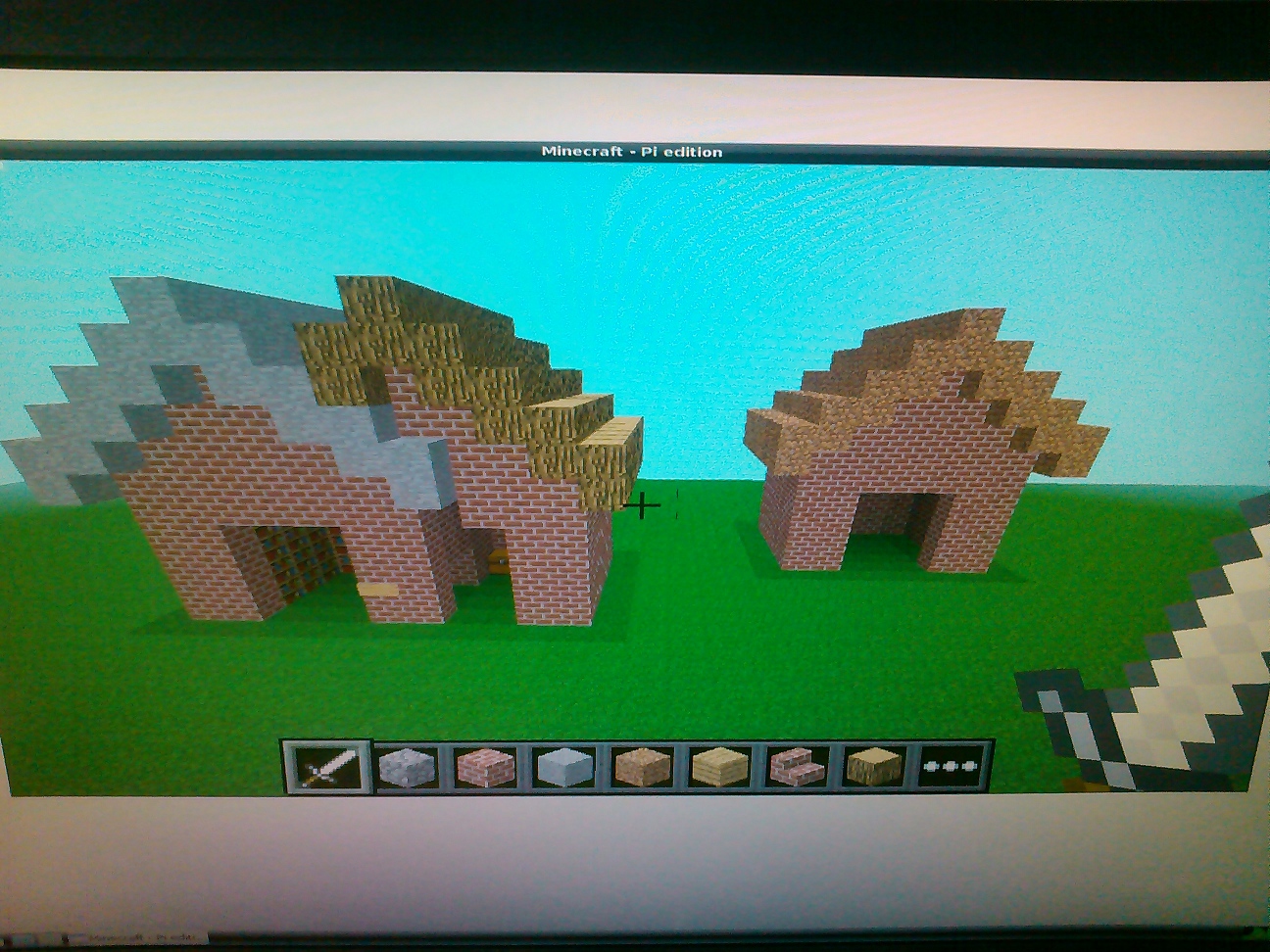