A report on further experimentation with Julian Rohrhuber and his students at the Institute for Music and Media in Dusseldorf during our coding with weaves and knots remote seminar this week. 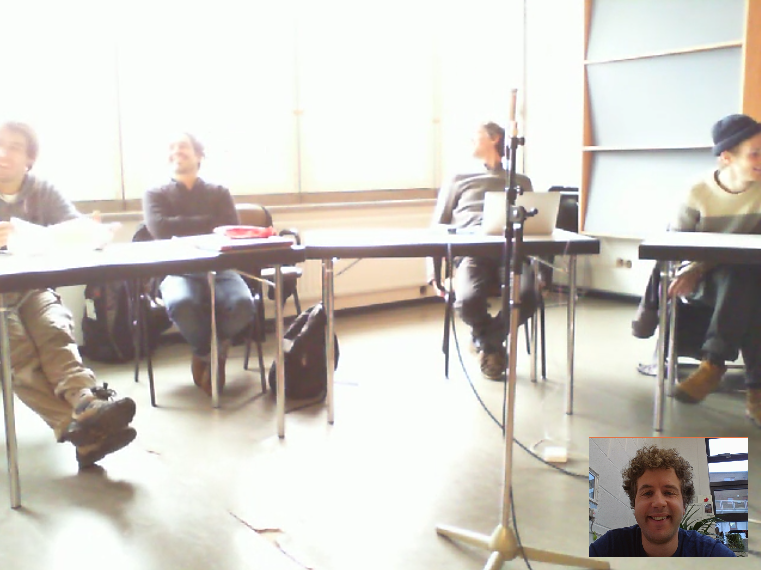 As we have so little idea what the Inca are telling us in their Quipu, it seems appropriate to add a cryptanalysis approach to our toolkit of inquiry. One of the first things that a cryptanalyst will do when inspecting an unknown system is to visualise it’s entropy in order to get a handle on any structures or patterns in the underlying information. This concept comes from Claude Shannon’s work on information theory in the 40’s, where he proved that information obeys fundamental laws of physics. The concept that information and “cyberspace” may not be as intangible and otherworldly as we might believe (in fact is grounded in physical reality along with everything else) is one of the recurring themes of the weavingcodes project.

Shannon’s innovation was to separate the concepts of data quantity from information value, and he claims that information is equivalent to surprise – the more surprising a piece of data is, the more information it contains. Conversely a piece of information which we expect to hear by definition doesn’t really tell us very much. The potential for some data to be surprising (or more specifically it’s potential to reduce our uncertainty) can be measured statistically, with a quantity he called entropy, as it is analogous to states in thermodynamic systems.

Shannon defined a generalised communication system, which is handy to give us a way of reasoning about our situation in relation to the Inca. Our main unknown is the source of the messages they are sending us, are they accounting information, calendars or stories? We know a bit more about the transmitters of the messages, the khipukamayuq – the knot makers and quipu keepers. At the time Shannon was working on information theory, he was part of the start of the movement away from analogue, continuous signals and towards digital signals – with advantages that they are highly resistant to noise and can be carried further and combined together to increase bandwidth. Quipu are also mainly comprised of digital information – the type of a knot, the number of turns it’s comprised of or the twist direction of a thread are all discreet (either one thing or another) and therefore highly robust to material decay or decomposition. We can still ‘read’ them confidently after 500 years or more without the digital signal they represent being degraded too badly, if only we could understand it. At the same time, none of us working on this have access to a real quipu, so our receivers are the archaeologists and historians who study them, and compile archives such as the Harvard Quipu Archive we are using.

Although entropy is a very simplistic approach mathematically, it’s main use is to give us a tool for measuring the comparative information carrying potential of data which we have no idea about. Here are all the quipu in the Harvard database in order of average entropy bits they contain (only listing every other quipu ID):

This graph is calculated by making lists of all the discreet data of the same type, e.g. knot value, type, tying direction, pendant colours and ply direction (ignoring lengths and knot positions as these are continuous) – then calculating Shannon entropy on histograms for each one and adding them together.

We can also compare different types of information against one another, for example the main data we currently understand has some specific meaning are the knot values, partly derived from the knot type (long, single or figure of eight), which represent a decimal notation. If we compare the entropy of these we can expect them to have roughly similar average amounts of information: 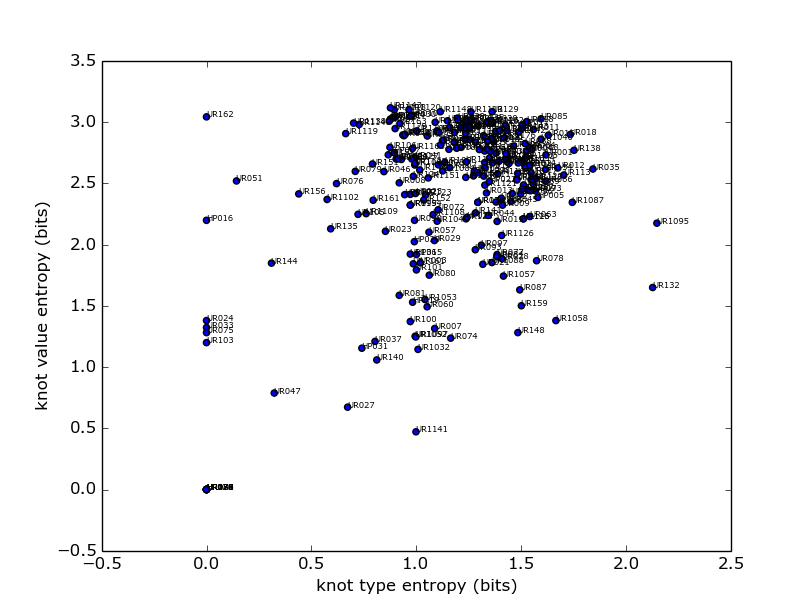 The meanings of colours, ply and structure are largely unknown. Here are the knot values compared with the colours: 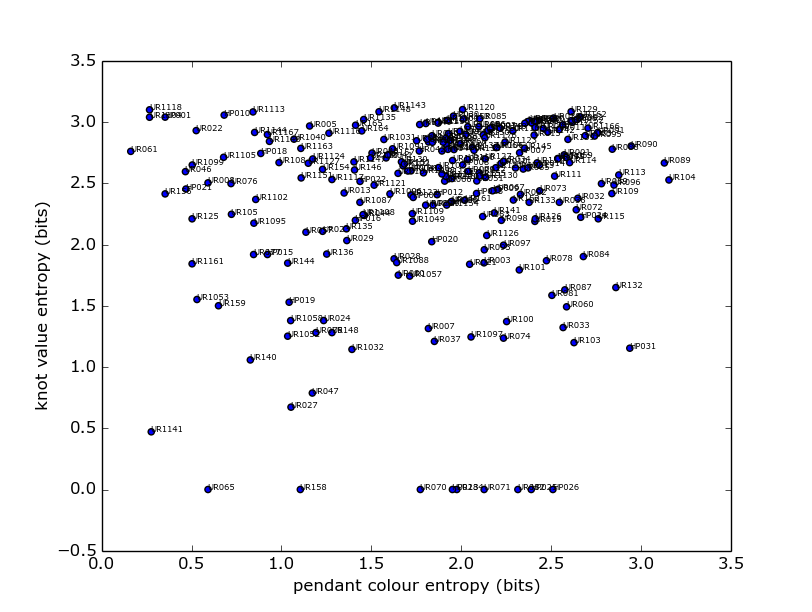 And this is pendant ply direction compared with knot values for each quipu: 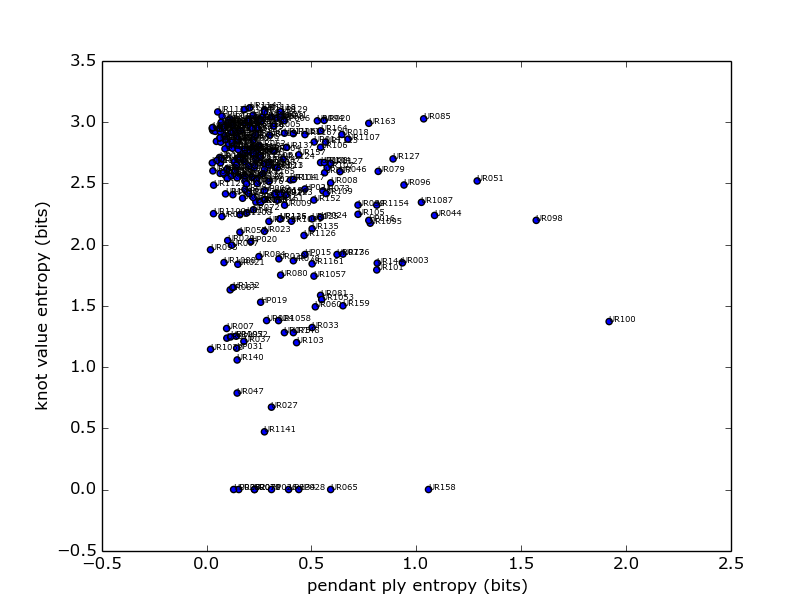 At this point the most useful aspect of this work is to give us some outliers to inspect visually and sonically – more on that soon.

One thought on “Quipu: further experiments in Dusseldorf”