A new project begins, on the subject of ecology and evolution of infectious disease. This one is a little different from a lot of Foam Kernow’s citizen science projects in that the subject is theoretical research – and involves mathematical simulations of populations of co-evolving organisms, rather than the direct study of real ones in field sites etc.

The simulation, or model, we are working with is concerned with the co-evolution of parasites and their hosts. Just as in more commonly known simulations of predators and prey, there are complex relationships between hosts and parasites – for example if parasites become too successful and aggressive the hosts start to die out, in turn reducing the parasite populations. Hosts can evolve to resist infection, but this has an overhead that starts to become a disadvantage when most of a population is free of parasites again. 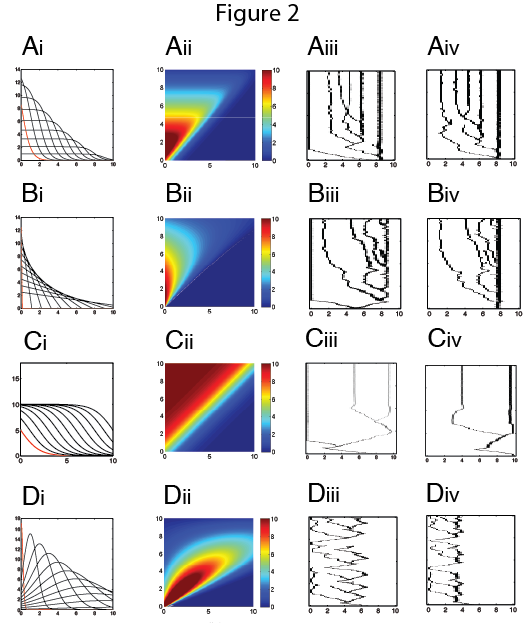 Over time these relationships shift and change, and this happens in different patterns depending on the starting conditions. Little is known about the categorisation of these patterns, or even the range of relationships possible. The models used to simulate them are still a research topic in their own right, so in this project we are hoping to explore different ways people can both control a simulation (perhaps with an element of visual live programming), and also experience the results in a number of ways – via a sonifications, or game world. The eventual, ambitious aim – is to provide a way for people to feedback their discoveries into the research. 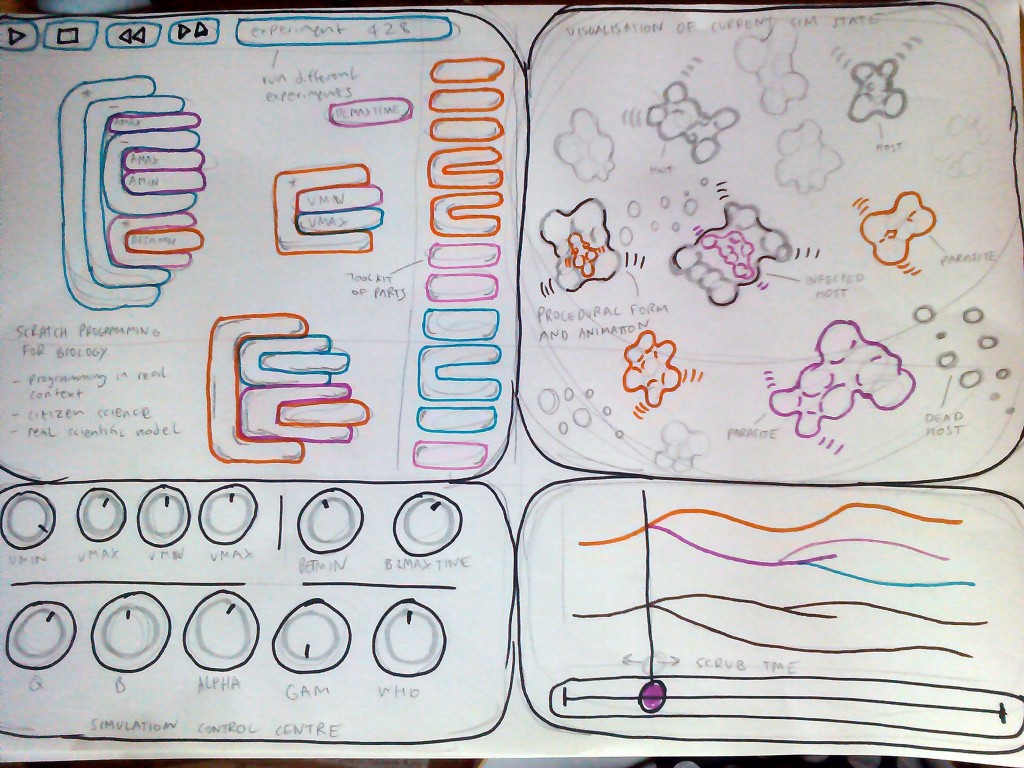