On the Penelope project, our plan was to develop technologies that could be useful in constructing a swarm of robots which could be livecoded by using the pattern matrix – a general purpose tangible programming system based on the Raspberry Pi. In order to make communication possible remotely, radio is the most obvious approach to get up and running quickly (other options that are intriguing are infra-red and audible sound).

A commonly used and extremely cheap module for radio communication is the nrf24l01+, which uses the 2.4Ghz band (the same as wifi) and allows you to send messages between arbitrary numbers of transceivers. It provides a very flexible networking setup – you can address them all individually, or broadcast to many at one go (which doesn’t seem to be mentioned anywhere), or you can construct a mesh network, passing on messages to receivers outside of the range of the original sender. 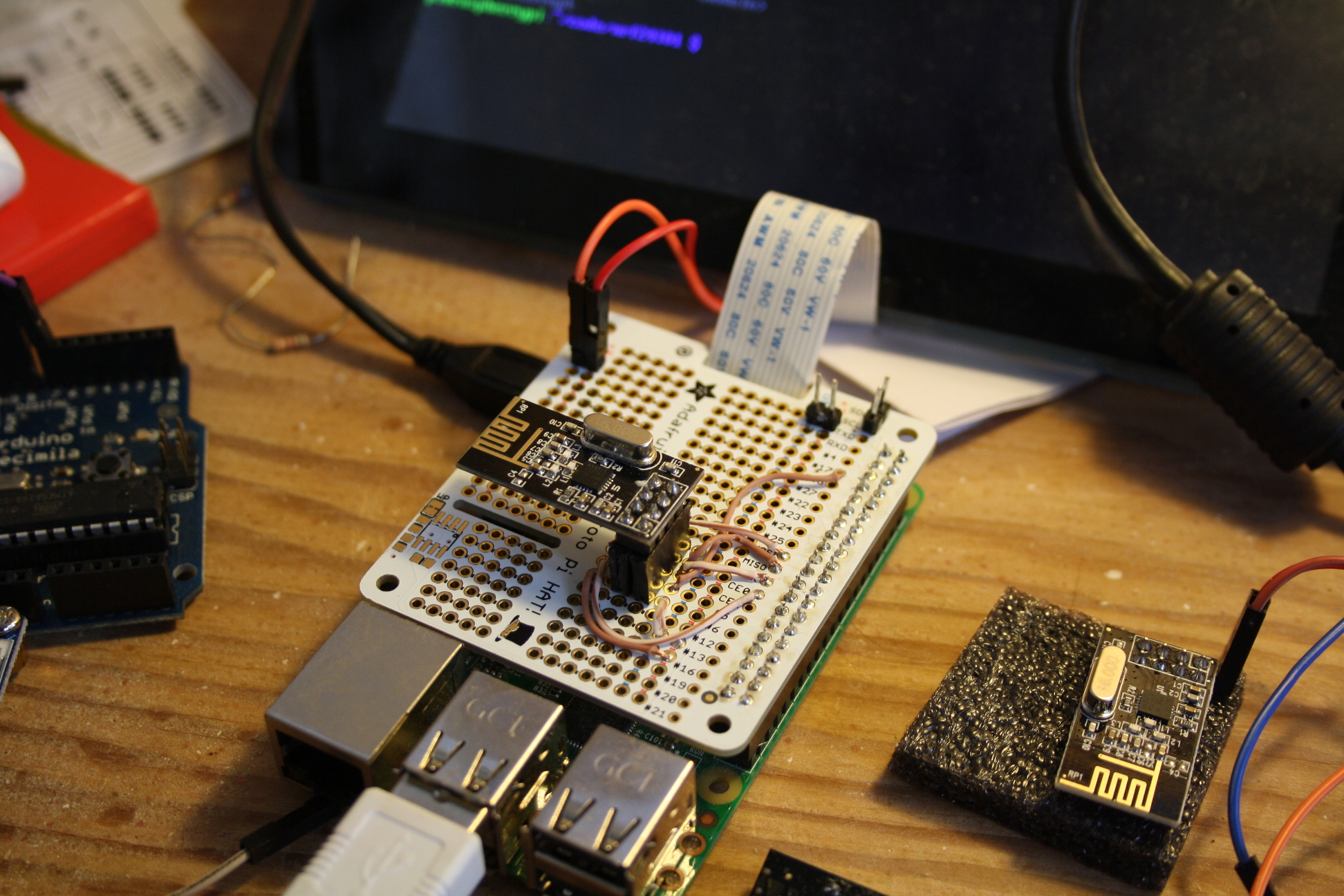 There are a few examples online for getting these working with both Raspberry Pi, Arduino and bare-bones ATMel microprocessors as used in our prototyping system. However the tricky thing about radio communication is that it requires you to have both a transmitter and a receiver operating before you actually can tell if it works – it can be extremely difficult to know what is happening when you are developing both at the same time. 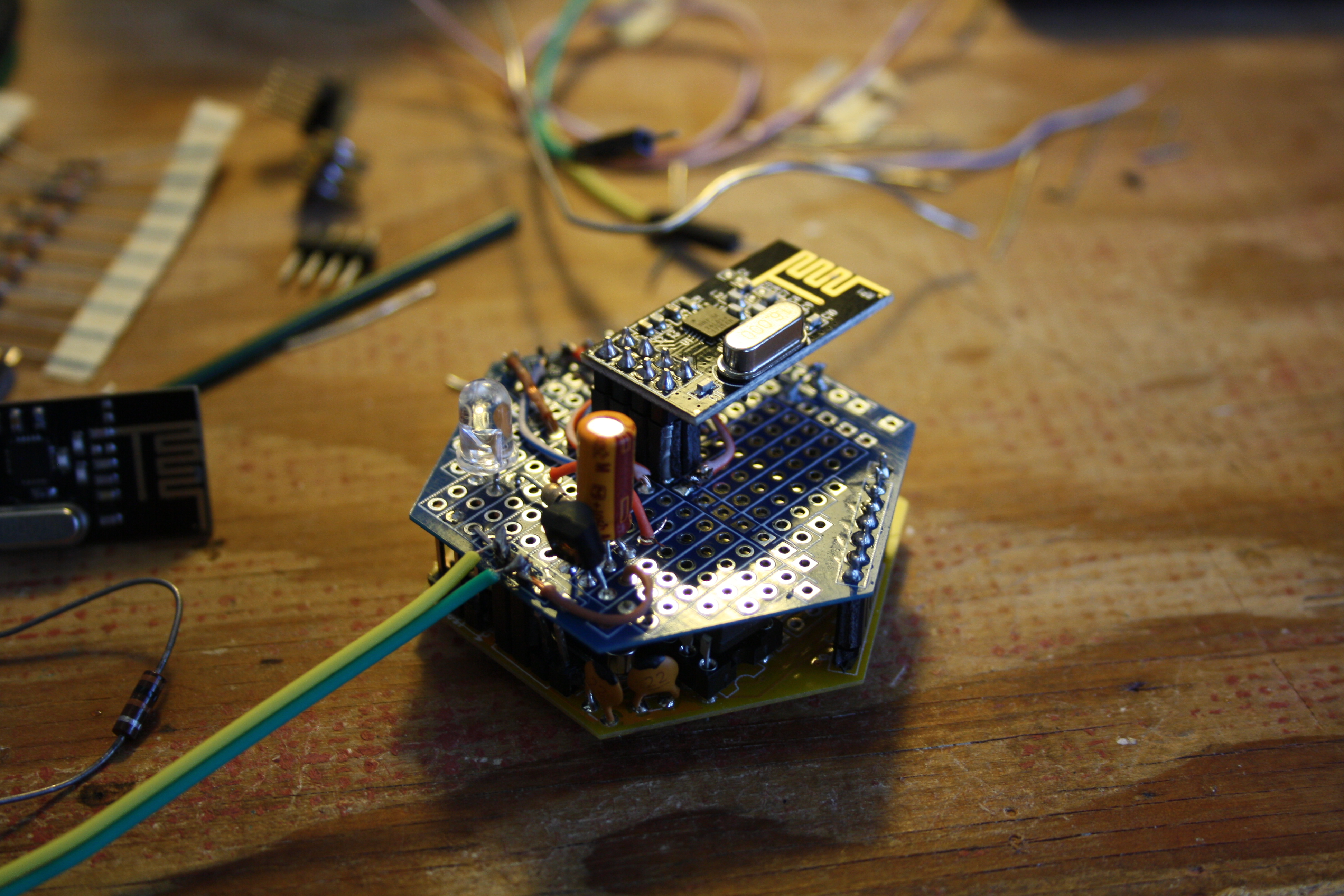 I found this quite a challenge – probably not helped by using different hardware at each end, as I needed to cobble together multiple examples to get anything to happen. Here are some things I picked up that might be handy if you are trying to get these radios to work: