Last week the weavingcodes/codingweaves project started with a trip to Denmark, our first stop was the Centre for Textiles Research in Copenhagen where we presented the project and gathered as much feedback as possible right at the beginning. The CTR was introduced to us by Eva Andersson Strand, and is an interdisciplinary centre which focuses on the relationships between textiles, environment and society. 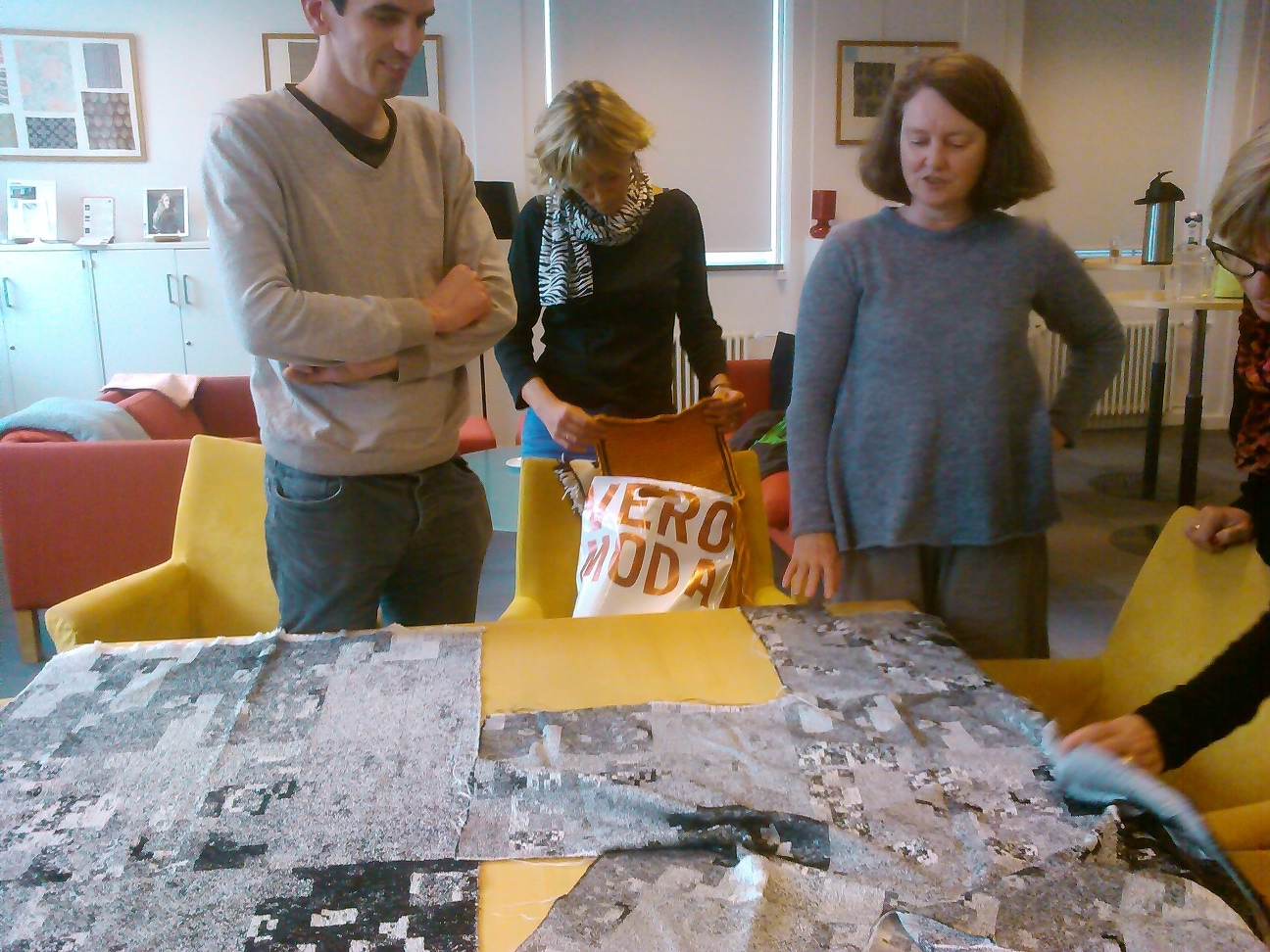 This long-view perspective of technology is critical for us, as we are dealing with a combination of thinking in the moment via livecoding and a history of technology dating back to the neolithic. This is a warp weighted loom, the focus of much of Ellen Harlizius-KlÃ¼ck’s research and the technology we are going to be using for the project. 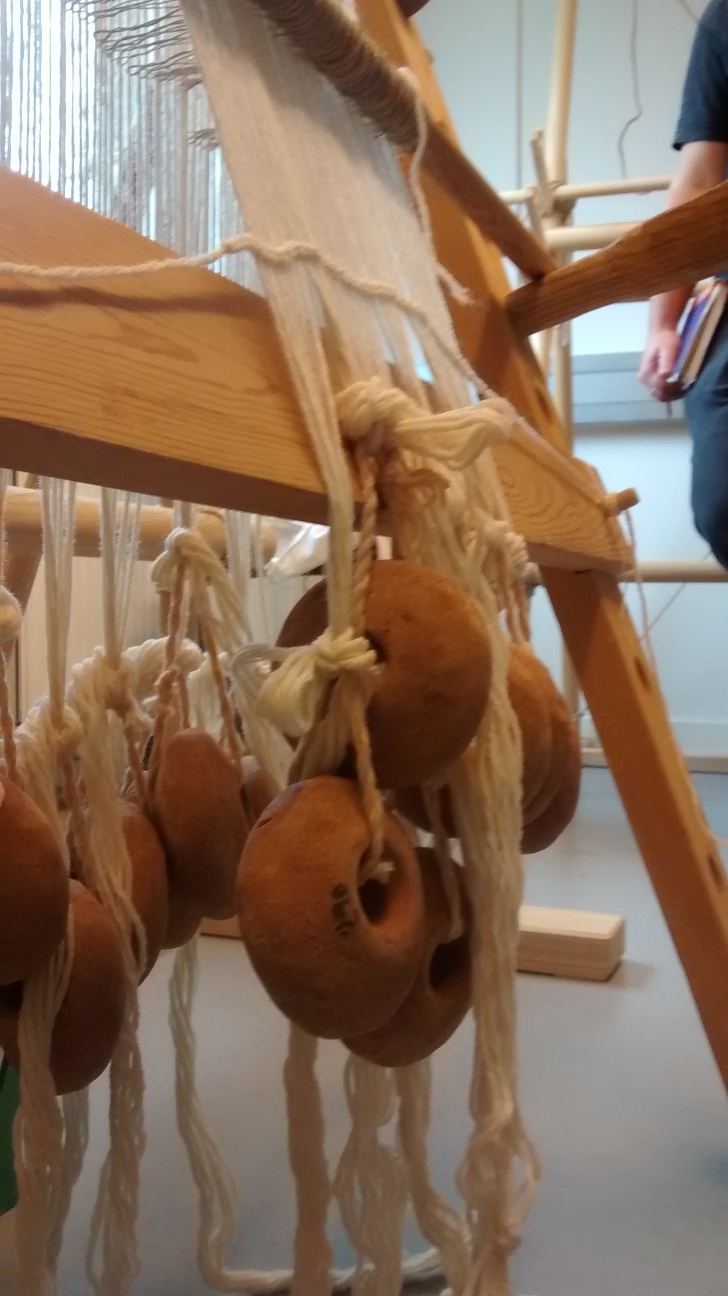 Weights like this are widespread in the archaeological record for many cultures around the world, with the earliest ones around 5000 BC. Similarly – a post-it note including a handy cuneiform translation: 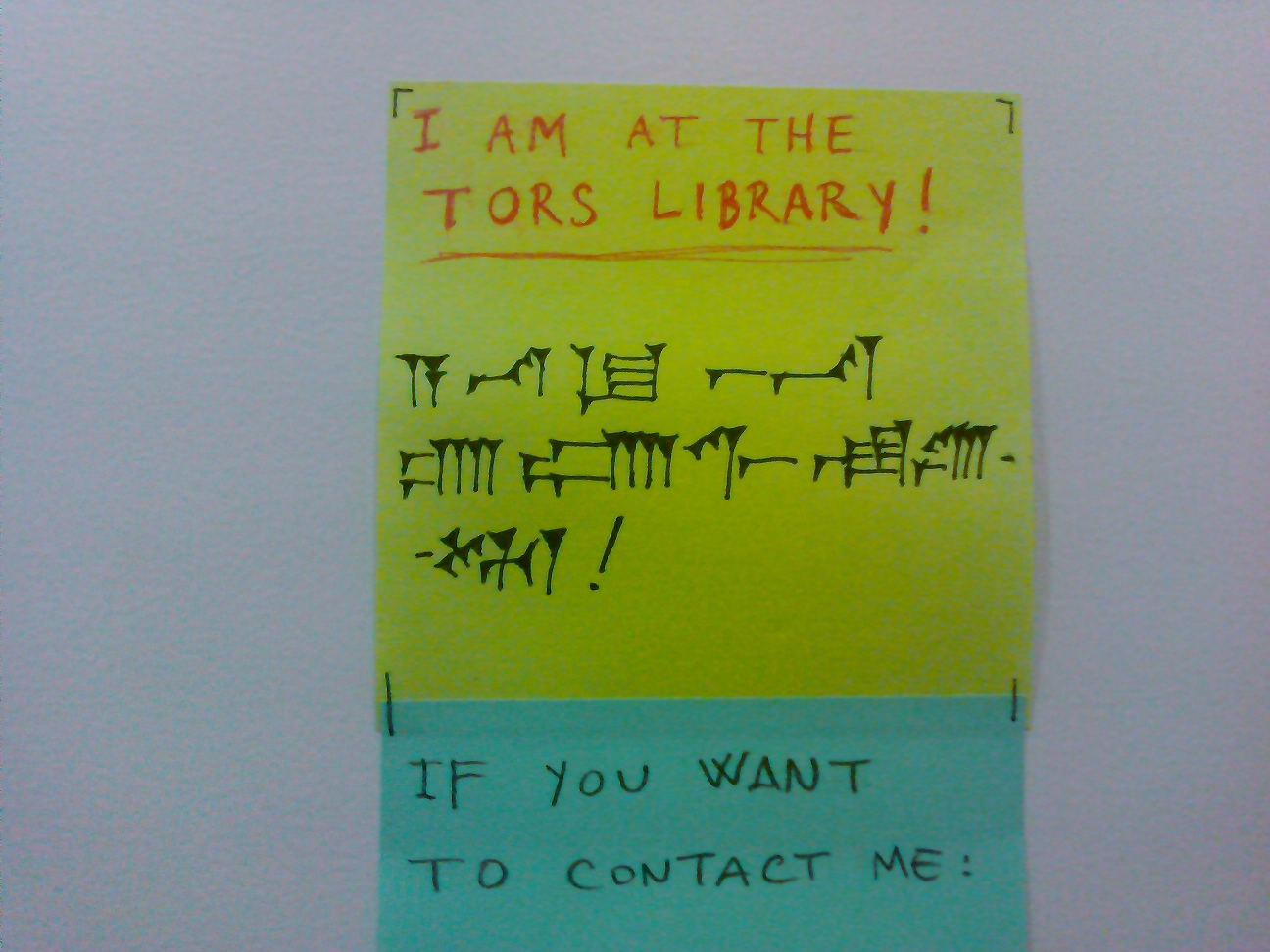 Alex talked about livecoding as a backwards step, removing the interface – thinking about it as an unravelling of technology. His introduction to Algorave led to many connections later when Giovanni Fanfani described the abstract rhythmic patterns of Homeric rhapsodic poetry. These were performed by citizens, in a collaborative and somewhat improvised manner – the structures they form musically and in language are potentially of interest as they seem to echo the logic of weaving pattern. 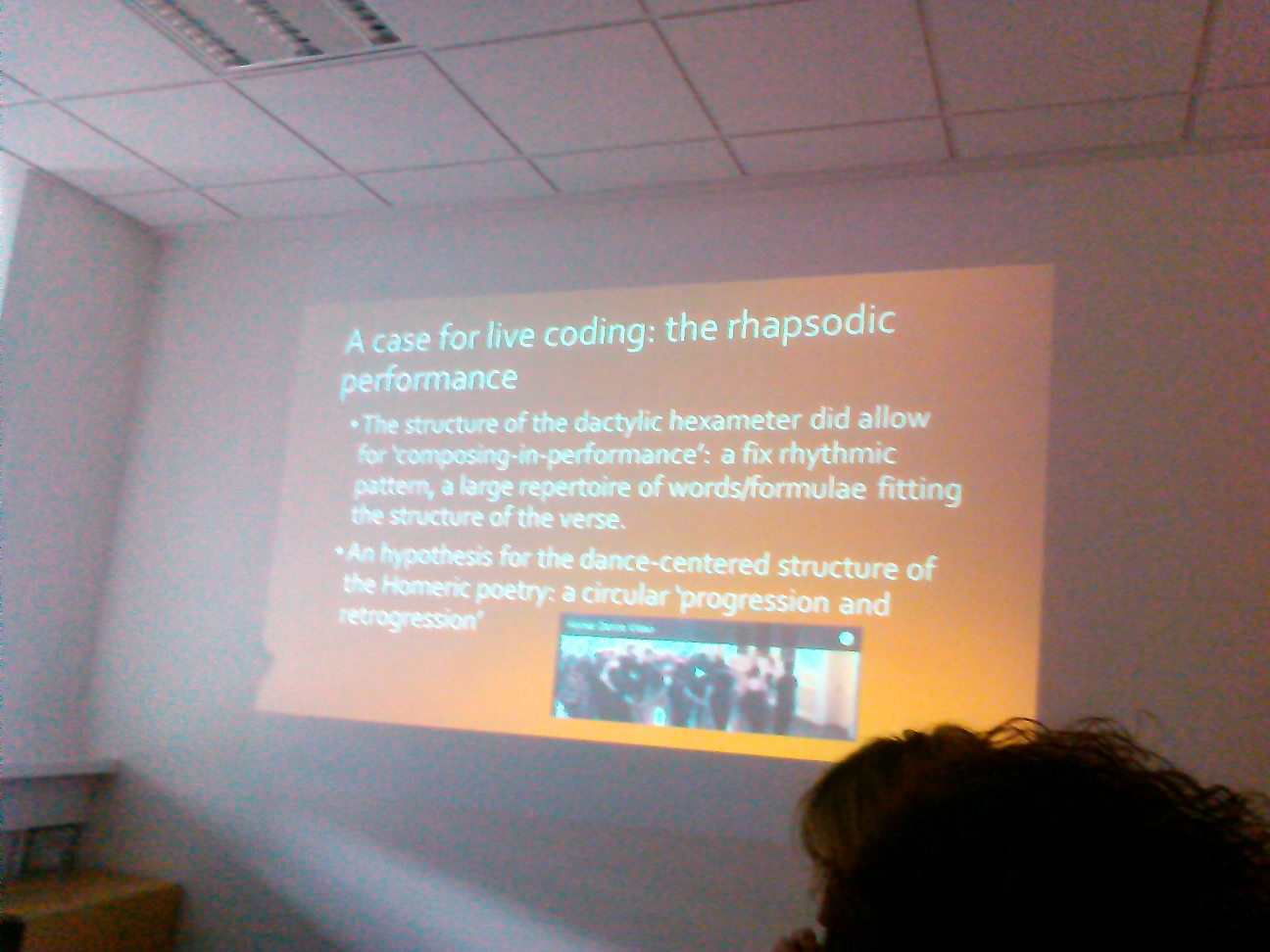 Ellen described her research into tacit knowledge of ancient Greek society – how weaving provided thinking styles and ordering concepts for the earliest forms of mathematics and science which is the basis for much of the weavingcodes project. One additional theme that has come up fairly consistently is cryptography – Flavia Carraro’s description of ‘The Grid in the decipherment of the Linear B writing system: a “paper-Â­â€loom”?’ was another addition to this area.

Emma Cocker talked about Peneolopeian time – constant weaving and unravelling as a subversive act, and the concept of the kairos, as a timely action – the name given to the point at which the weft is made when the warp ‘shed’ is provided, as well as a part of the warp weighted loom. Her input was to provide a broader view to our explorations (as coders, weavers and archaeologists all tend to get caught up in technical minutiae from time to time). From our discussions it was apparent that one of the strongest connections between livecoding and ‘weaving as thought’ is a subversion of a form of work that is considered by the dominant culture as entirely utilitarian.