Programming music with flotsam – for the first time, it’s truly screen-less livecoding. All the synthesis is done on the Raspberry Pi too (raspbian release in the works). One of the surprising things I find with tangible programming is the enforced scarcity of tokens, having to move them around provides a situation that is good to play around with, in contrast to being able to simply type more stuff into a text document.

The programming language is pretty simple and similar to the yarn sequence language from the weavecoding project. The board layout consist of 4 rows of 8 possible tokens. Each row represents a single l-system rule:

The tokens themselves consist of 13 possible values:

The setup currently runs to a maximum depth of 8 generations – so a rule referring to itself expands 8 times. A single rule ‘A’ such as ‘+ b A - c A ‘ expands to this sequence (the first 100 symbols of it anyway):

I’m still working on how best to encode musical structures this way, as it needs a bit more expression – something to try is running them in parallel so you can have different sequences at the same time. With a bit more tweaking (and with upcoming hardware improvements) the eventual plan is to use this on some kid’s programming teaching projects.

Last week I took the flotsam tangible livecoding system to my programming tutoring lesson for some first tests with the real experts. To provide some background, we started a while back with Raspberry Pi, messing around with the Minecraft API and python and we’ve recently moved on to laptops and pygame. I arrived with the system set up for the Minecraft building language, and we gave it 10 minutes or so before resuming normal activities – although it did get a bit more use during natural breaks in the lesson. Here’s a recent pic of the weaving l-system setup: 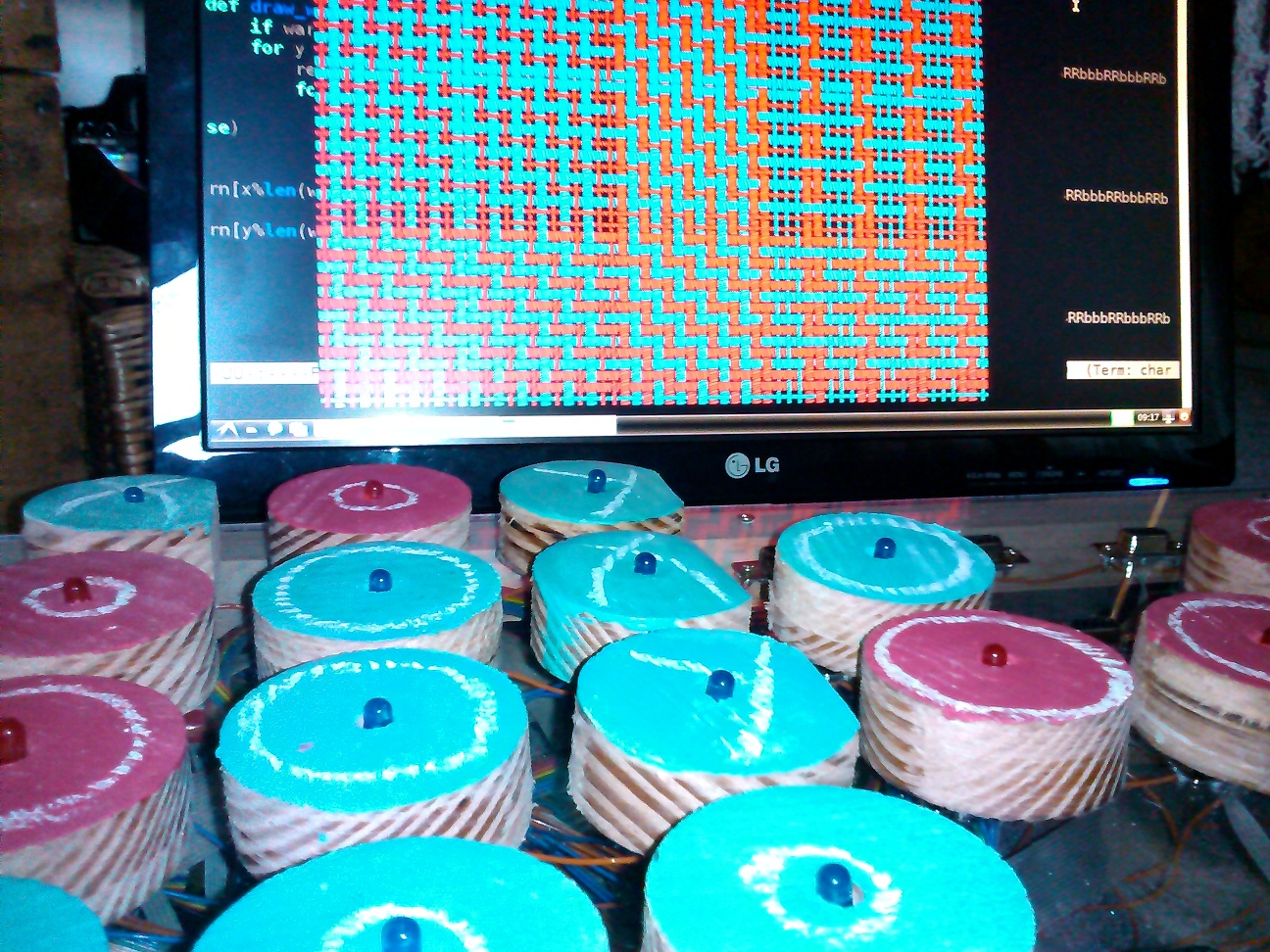 First impressions were that it was immediately playful, most of the blocks were eagerly removed and examined before we’d turned the thing on. One problem with this was that the chalk symbols rubbed off very quickly! A similarity with the Scratch programming language was also picked up on fairly soon.

A big issue was getting the connectors the right way round – this is not easy as the blocks are circular with little indication of which way is ‘up’. This could be fixed by altering the shape or cutting a little notch – learning how to manipulate them is part of the point, but right now it’s too difficult. This will also be a big problem in livecoding performance situations.

Using Minecraft, the screen was still a distraction. The connection between what’s happening in the 3D world and with the physical blocks is not obvious enough – even with the LED indicators. Also the mouse and keyboard need to be plugged in so we can move the camera around and see stuff, leading to a few too many things going on. I’m not sure how this can be solved regarding Minecraft, but indicates that a musical approach (with no screen or any other peripherals needed other than speakers) is the way to go.

Overall there is huge potential to think much more about the touch/feel of the blocks. Lots of these problems can be solved by using different shapes for different symbols (removing the need for chalk) with a clear orientation. Using different materials to provide textures and ‘feel’ in order to represent different sounds, or in terms of weaving, using the actual yarn material to represent itself is a huge area to explore. 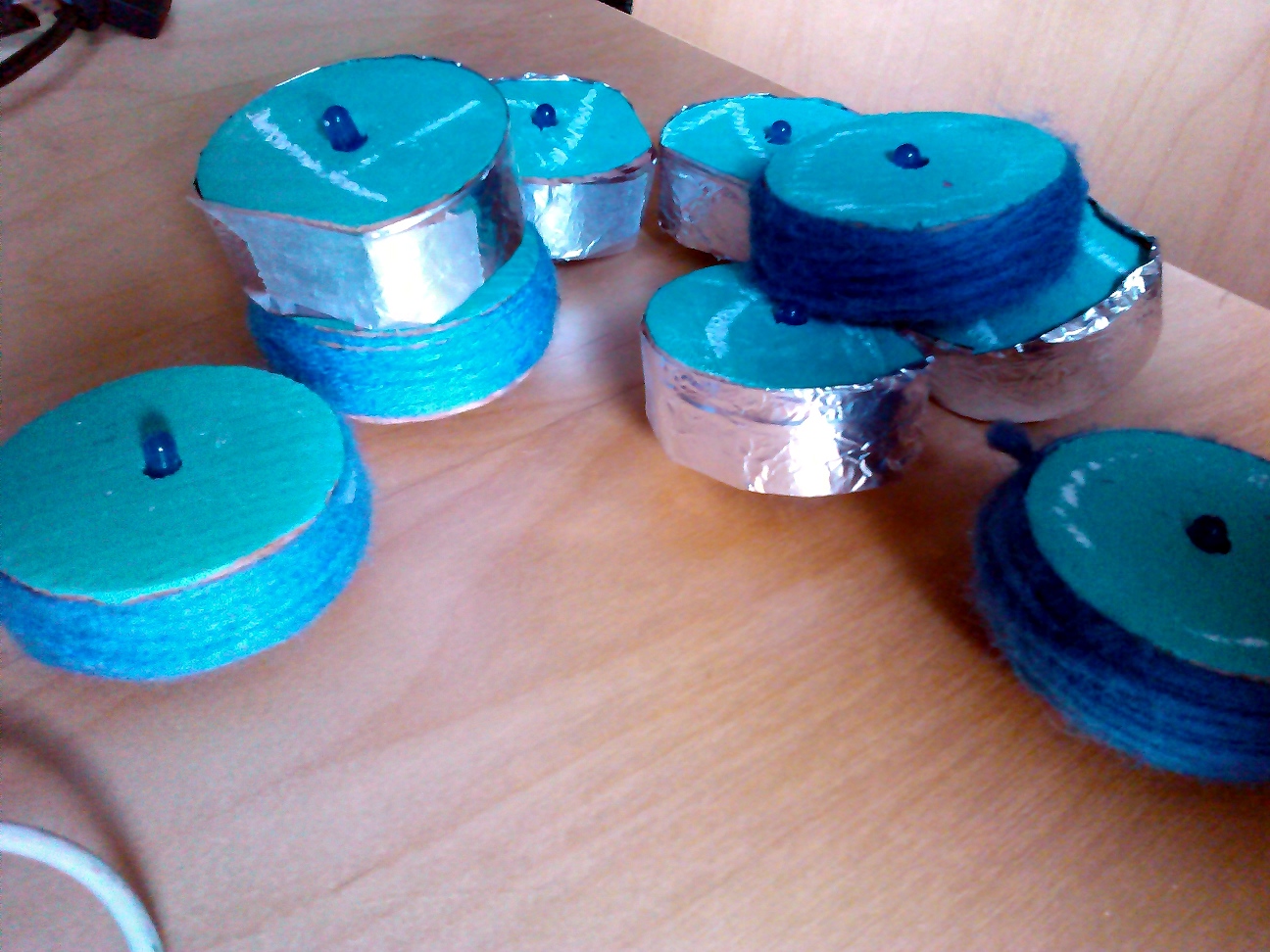 In the photo above, I’m using thick and thin blue yarn wrapped around the blocks that represent them, and tinfoil for l-system rule symbols (X, Y and Z) – this is a kind of material based type indication. Interestingly the yarn feels very different even though it looks the same in the photo. In use this results in much less checking of the block when you pick them up, as your fingers tell you what they are. 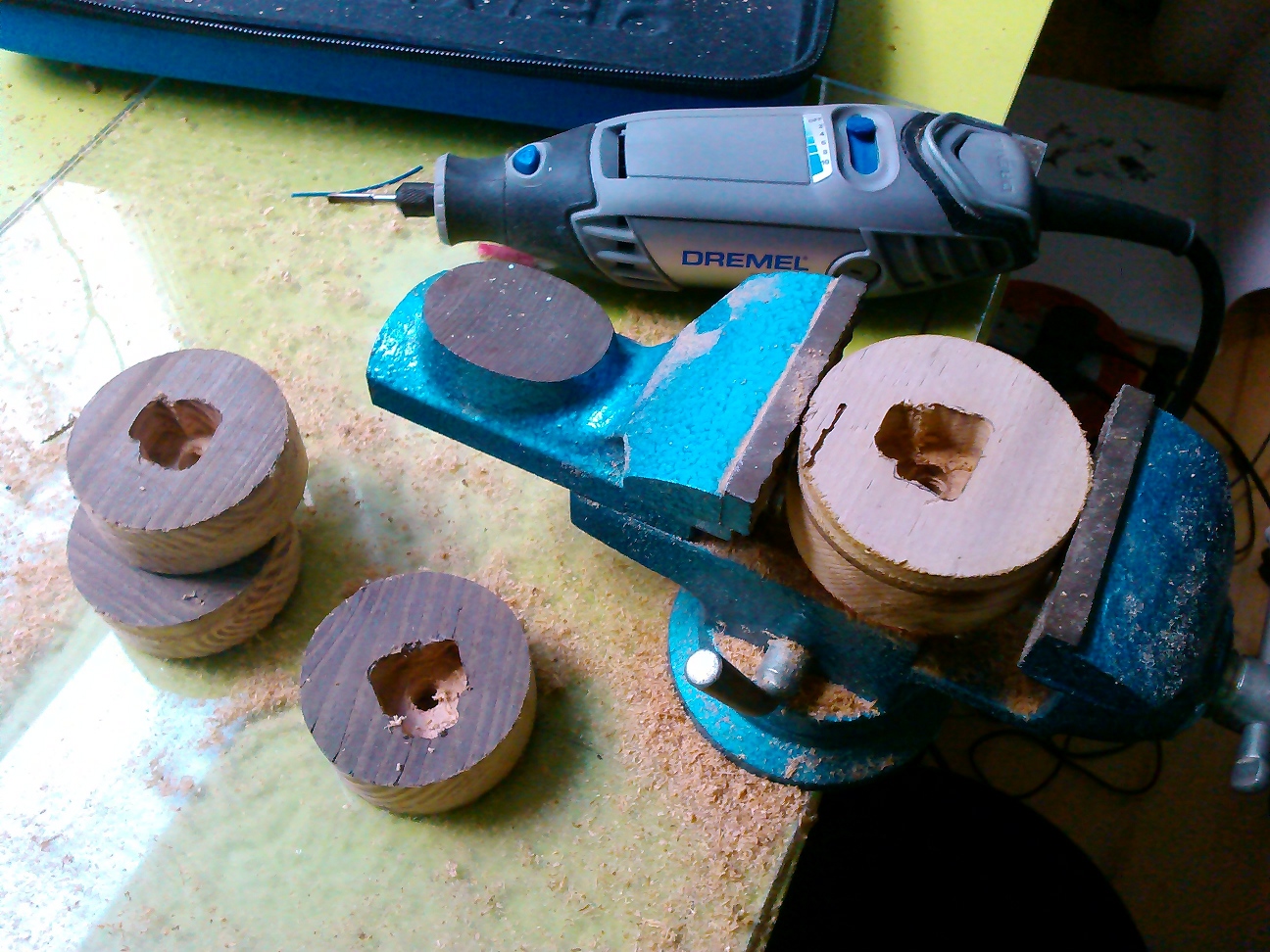