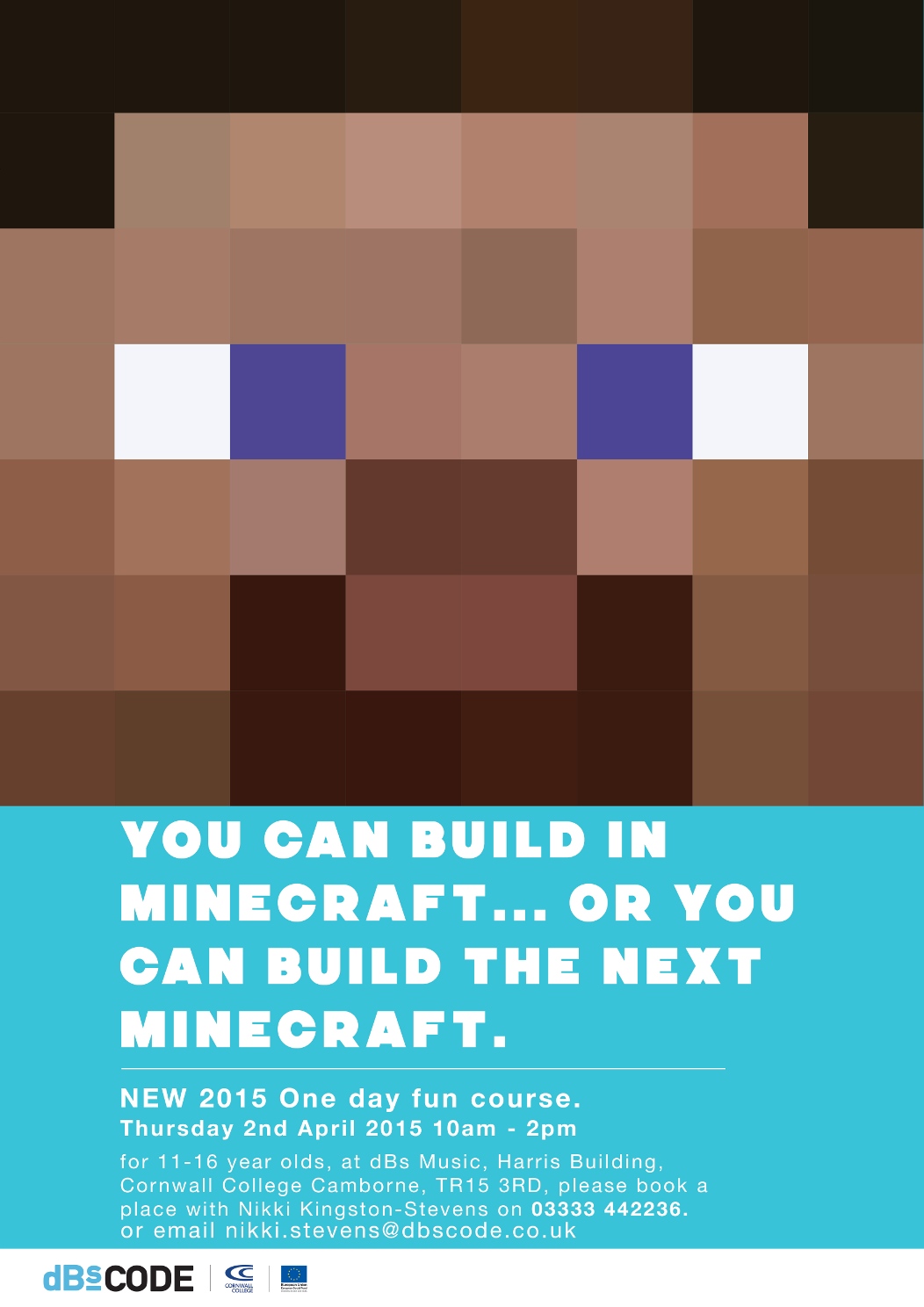 It’s been busy in the android department this week. Here’s a prototype recipe notebook for open sauces. At this point it’s primarily a test of a drag/drop interface to make it possible for anyone to make the recipe graphs we explored visualising in October. I’m testing it with the recipes designed for FoAM’s recent Smoke and Vapour event.

Currently it’s structured a bit like Scheme Bricks where you ‘read it’ inside -> outside, and right to left. We need to look at ways to reverse this – it might be simply making everything float to the right, or more like a bottom up tree, where the finished dish is at the bottom rather than the top. 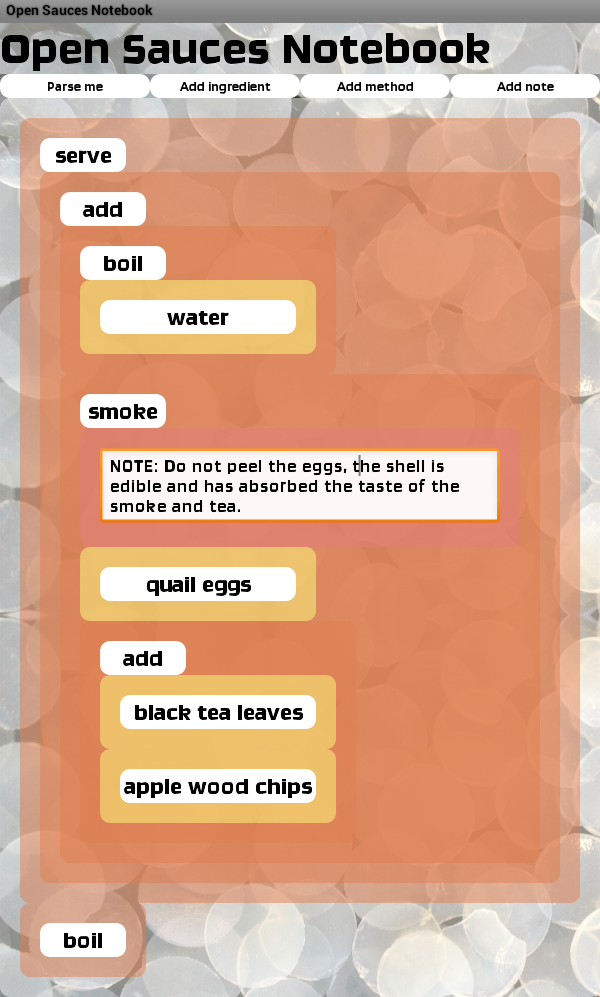 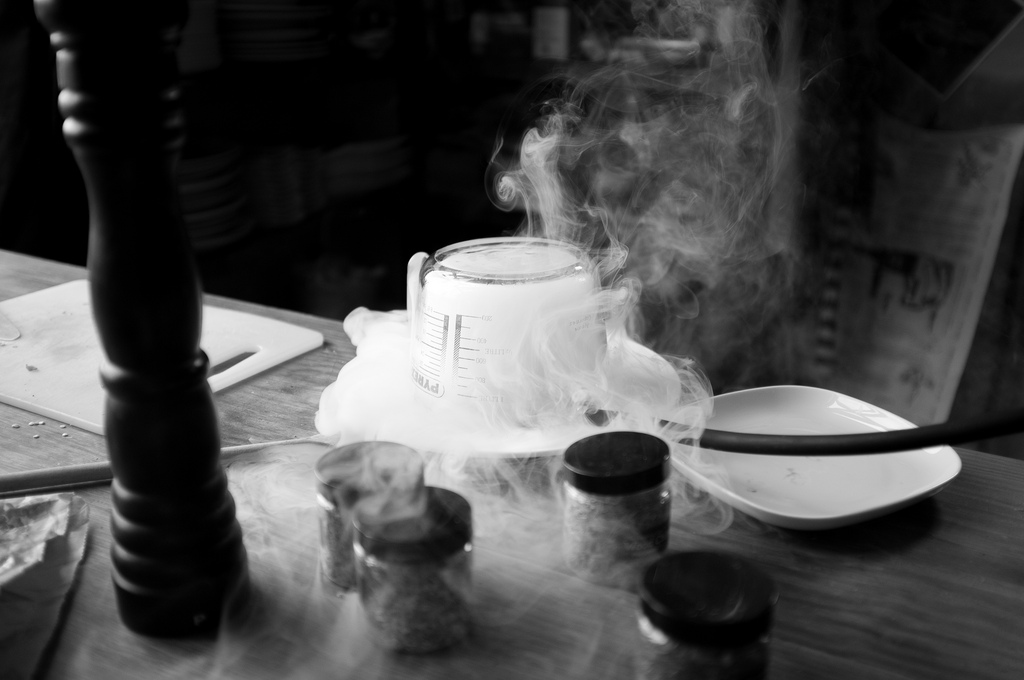 Open sauces is a FoAM project to investigate the sharing of food, food culture and food systems. Last week in Brussels we started experimenting with ways to store, display and reason about recipes in different ways. Taking the recipes from the Open Sauces book we’re representing them as Petri Nets, which means we can feed them into various different visualisations, from Scheme Bricks – taken from the Naked on Pluto’s gallery installation projection: 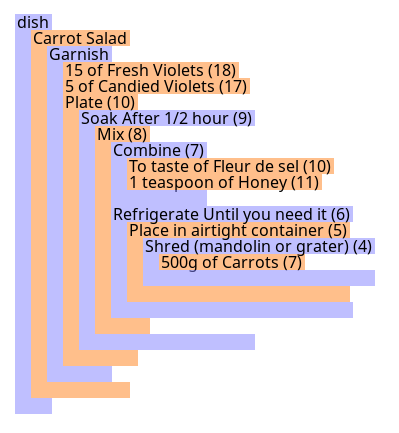 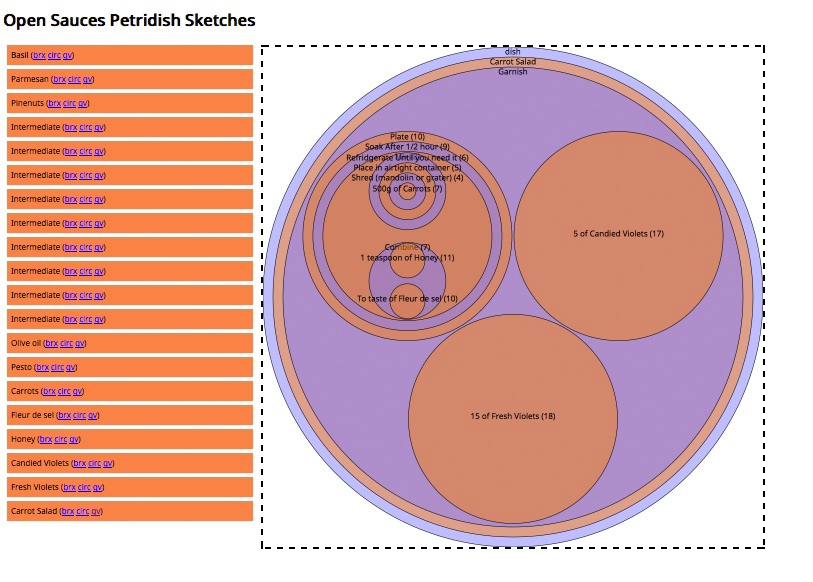 These structures are filtered somewhat to be more readable than the raw petri nets, which can be rendered via graphviz for debugging: