A screen shot from the Mongoose 2000 project, we now have most of the ‘pup focal’ interfaces working and syncing their data via the Raspberry Pi. This is the interface for recording a pup aggression event – including the identity of the aggressive mongoose and some information on the cause and severity. Each mongoose has a code, and we’re using sliding toggle button interfaces for quickly picking them – these can be filtered to restrict them to adults, pups, males or females where required. 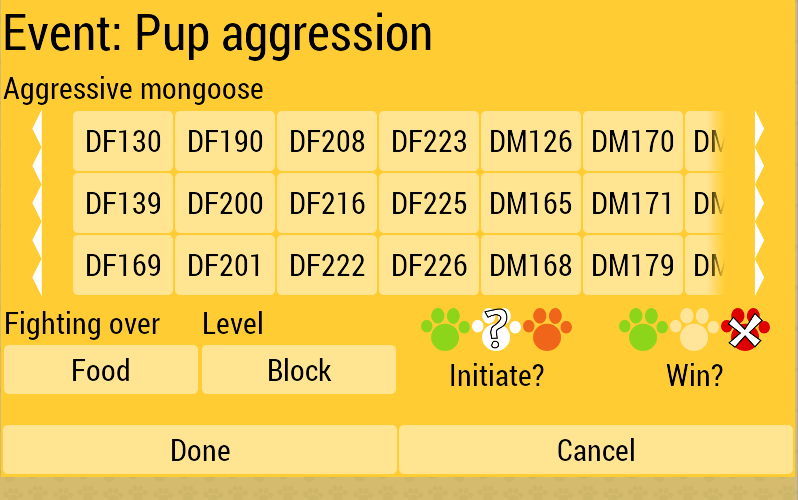 The interface was written using “starwisp” – my system for building android applications in Scheme. The Mongoose 2000 app has lots of reusable interfaces, so it’s mostly constructed from fragments. There are no specialised database tables, so I can simply add or modify the widgets here and the data automagically appears in the Raspberry Pi export, which makes it very fast to build. I’ve abstracted the mongoose button grid selectors and tristate buttons (yes/no/maybe) as they are used in a lot of places. Here is the entire definition of the fragment for the interface above, the code includes everything for creating and recording the database entity for this event and all the android callbacks it needs to respond to external events.

Mongoose 2000 is a system I’m developing for the Banded Mongoose Research Project. It’s a behavioural recording system for use in remote areas with sporadic internet or power. The project field site is located in Uganda in the countryside and it needs to run for long time frames, so there are big challenges when it comes to setting up the system and debugging it remotely.

In order to make this work we’re using a Raspberry Pi as a low power central wifi node, allowing Android tablets to communicate with each other and synchronise data. There are a couple of types of observations we need to record:

We also need to store and manage the pack information, so names, collar and chip ids of individual animals. The data is passed around a bit like this: 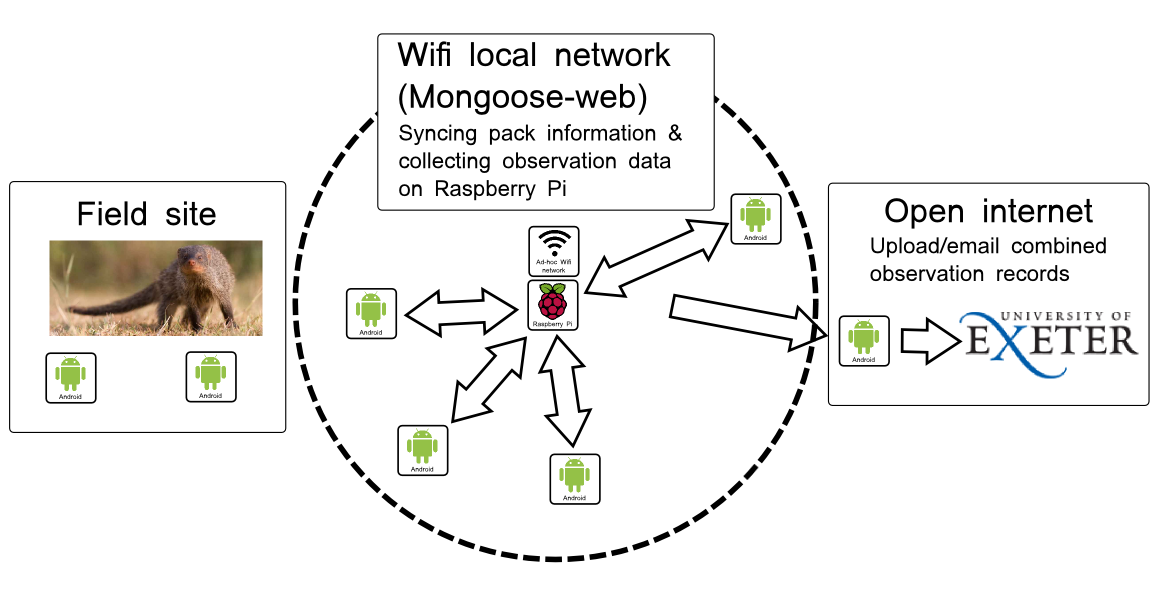 The interface design on the tablets is very important – things may happen quickly, often at the same time (for instance group events happening while a pup focal observation is being carried out), so we need multiple simultaneous things on screen, and the priority has to be on responsiveness and speed rather than initial ease of use. For these reasons it has similarities to live music performance interfaces. We can also take advantage of the storage on the tablets to duplicate data on the Raspberry Pi to add redundancy. Data is transferred from the field site by downloading the entire database onto the Android tablets, which can then be emailed using the normal internet, either when it’s working locally or by taking the tablets into the nearby town where bandwidth is better. 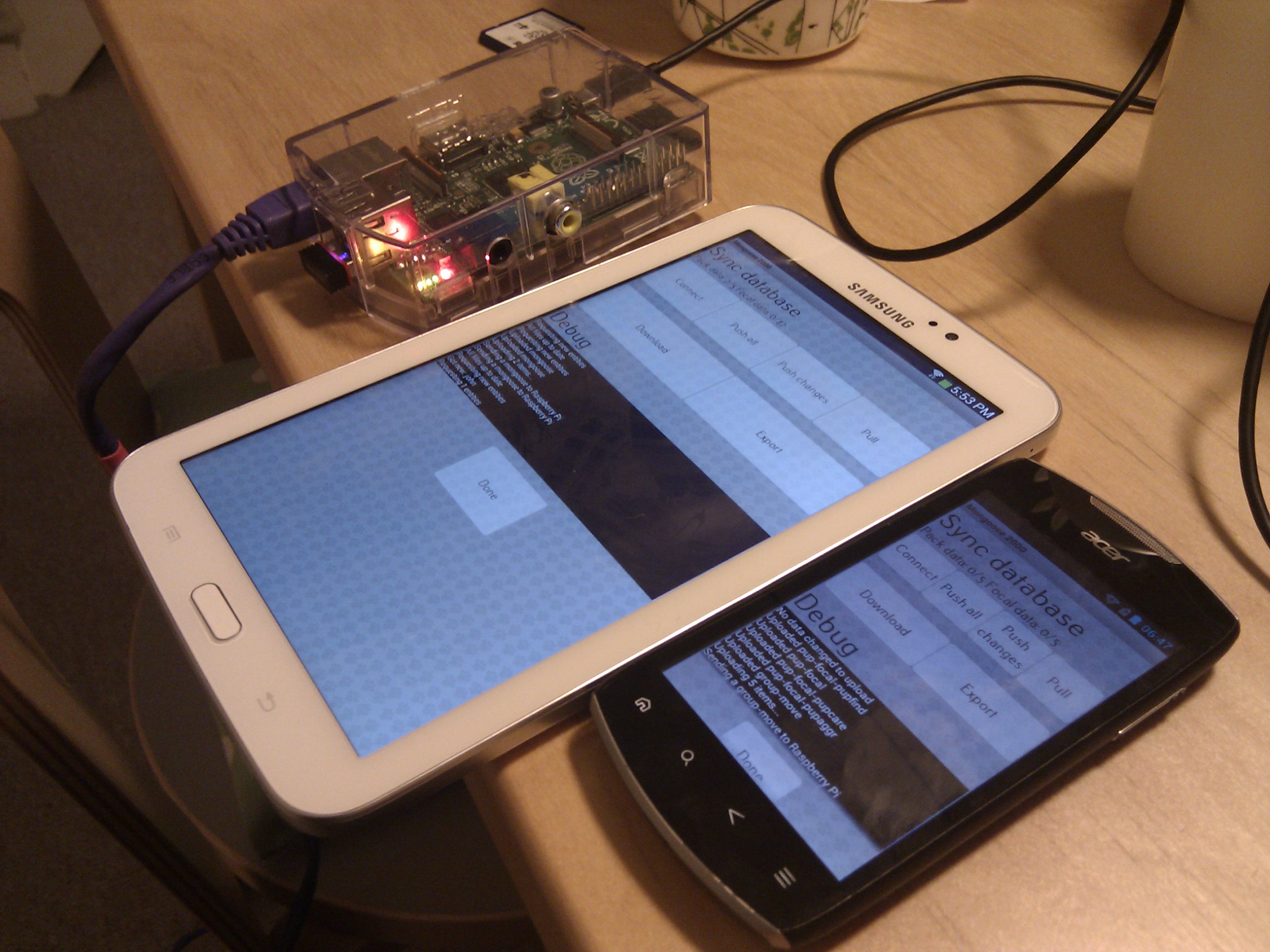 The project is a mix of cheap, replaceable hardware and mature well used software – Raspberry Pi’s mean we can afford a backup or two on site, along with plenty of replacement sdcards with the OS cloned. The observation software can also be updated over the Android play store (for bug fixes, or changing the data gathered) without any changes required on the Raspberry Pi. The platform is based on the one I built for the ‘Crap App’ along with experimental stuff I was doing with bike mounted wifi nodes with Kaffe Matthews, and includes SQLite for the underlying database on both platforms (providing atomic writes and journalling) and TinyScheme for Android and Racket for the Raspberry Pi allowing me to share a lot of the code between the hardware platforms.